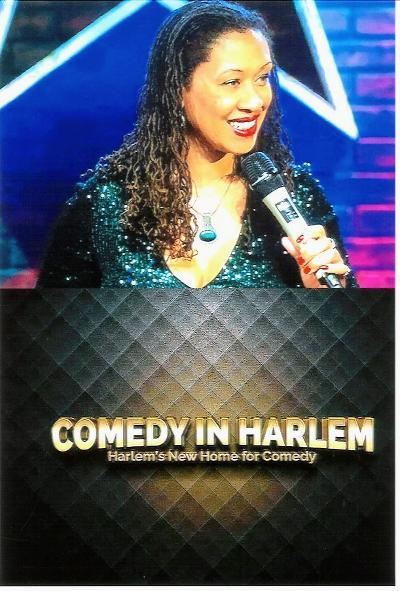 Comedian / author / keynote speaker Leighann Lord who appears in the current Showtime Network “Even More Funny Women Of A Certain Age” special will be among the performers featured at the “Ladies Night” live comedy showcase on Saturday, August 27, 2022 @ Comedy In Harlem in Manhattan. Lord will be joined at the 8:00pm show (doors @ 7pm) by host Nicky Sunshine (The Nick Cannon Show) and fellow comics: Comedienne BigNess, Liz Davis, Soo Ra, and GL Douglas. (Performers subject to change). Comedy In Harlem – Harlem’s new home for stand up comedy.- is located at 508 E. 117th Street (east of Pleasant Ave.) Admission is $25.00 with food & beverages available for purchase. The venue adheres to current COVID safety guidelines. Ages 16 & over and for reservations and further information go to www.comedyinharlem.com/ or call 347-766-3001.

Smart, savvy, sexy, funny Leighann this year marked her 30th anniversary as a stand-up comedian – a career which has included appearances on ABC-TV’s “The View,” as a co-host on Neil deGrasse Tyson’s “Star Talk” television show and podcast, being featured in the Netflix’ “Def Comedy Jam 25” special and releasing her memoir “Real Women Do It Standing Up: Stories from the Career of a Very Funny Lady” in 2015. A Queens, NY resident who has performed internationally – including for U. S. troops stationed in Afghanistan during Operation Enduring Freedom – Lord says “I believe that humor makes people happy. Happiness gives us hope and my hope is that if we can laugh together we can live together.” To get updated information on Leighann and her upcoming projects / appearances, get social with her at: www.veryfunnylady.com/

The event is sponsored by 108 Soul – the popular online R&B and classic hip-hop music platform featuring hits from yesterday, today and the future. Comedy In Harlem – NYC’s only Black owned comedy club – can be reached by taking the #6 subway to 116th Street in Manhattan and the M116 crosstown bus or the M15 bus on First Avenue. Parking is available at the adjacent East River Plaza shopping center. For more information, contact: info@comedyinharlem.com .