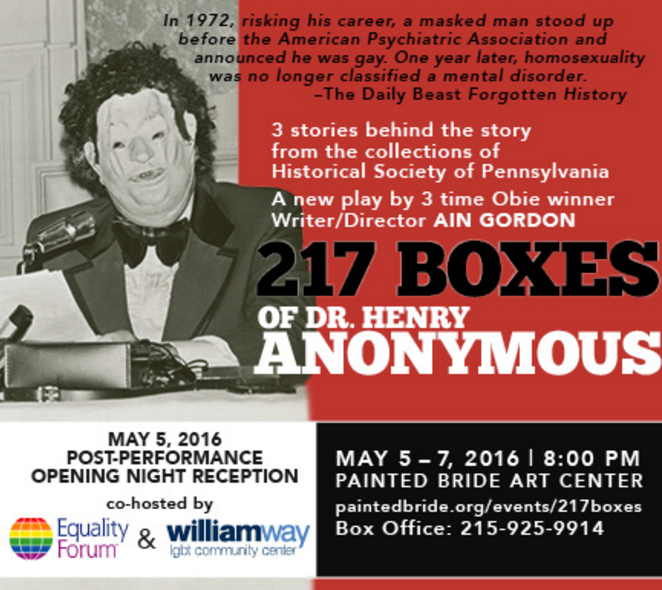 Tickets are $40 and can be purchased by visiting www.217boxes.com. More details to follow on partner organizations for upcoming nightly talkbacks

Before 1972, homosexuality was considered a mental illness in the American Psychiatric Association’s Diagnostic and Statistical Manual (DSM). Doctors prescribed a variety of reparative therapies including chemical castration, electric shock, mental institutionalization and lobotomies. The classification was used by government to justify statutes and regulations that marginalized homosexuals. Combing over the 217 boxes of notes and research left by psychiatrist Dr. John Fryer, 217 Boxes of Dr. Henry Anonymous is a compelling play about Fryer and his galvanizing testimony at the 1972 APA Annual Meeting which led to homosexuality’s removal from the DSM, considered one of the most significant moments in the history of the gay-rights movement. Because of the grave consequences that could befall an openly gay psychiatrist including loss of medical license, Fryer used a pseudonym, mask and voice modulator to address his colleagues.