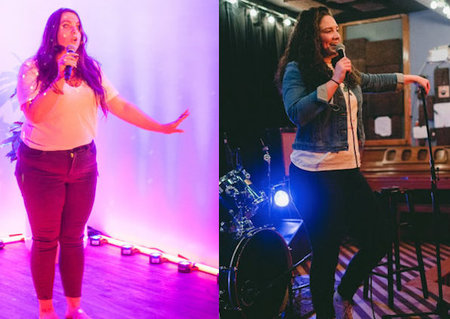 LIVE STAND-UP COMEDY co-starring Emily Duke and Catherine Cypher – each doing a full FORTY-FIVE MINUTES of jokes for your viewing pleasure. Catherine Cypher is an Emmy-winning writer, producer, director and comedian who has performed stand-up all over the city. Emily Duke is a rising star of the national comedy scene who performs stand-up regularly on both coasts, curates and hosts the monthly comedy show Canal Yards Project in Brooklyn (recently included on best-of lists by the New York Times and Brokelyn), created/writes/stars in the web-series Garbage People, and co-hosts the podcast Because We’re On. The evening will be hosted by Nonye Brown-West: (https://www.nonyecomedy.com/).