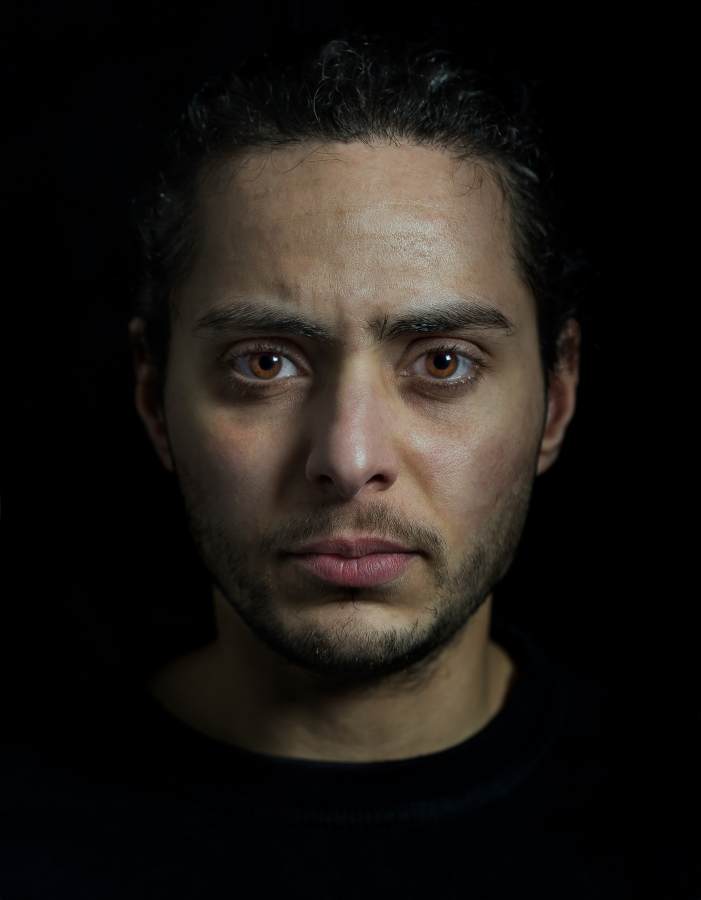 The National Theatre of Scotland’s acclaimed production of Adam will have its North American premiere at NYU Skirball, February 14 – 16 at 7:30 pm. Adam is the remarkable, true story of a young trans man and his journey to reconciliation – with himself, those closest to him, and the world as he knows it. It is performed by the real-life Adam Kashmiry with Rehanna MacDonald and features a virtual choir of trans and non-binary singers from across the world, who are projected onto the stage.

Adam is both a bold exploration of the experience of a young transgender person and an ambitious experiment with theatrical form, blending storytelling, classical composition and mass digital elements from participants from around the globe.

Adam Kashmiry was born in 1992 in Alexandria, Egypt, into a girl’s body but always sensing that he was really a boy. At age 14, he gave himself his current name, Adam, but only in secret. LGBT people are frequently convicted under Egypt’s debauchery laws, where hundreds of LGBT people have been arrested and trans people are frequently harassed and physically abused. In the face of harassment and social pressure, Adam eventually turned to drink and drugs, and was forced to leave home at the age of 19, becoming homeless.

At one point, sitting alone in his room, he went online and typed: “Can the soul of a boy be trapped in the body of a girl?” What he found was a wealth of supportive voices and material, a whole world of explanation for what he, in fact, might be. It was the catalyst to begin the epic journey for the right to change his body, to the boy he knows himself to be.

The National Theatre of Scotland is dedicated to playing the great stages, arts centers, village halls, schools and site-specific locations of Scotland, the U.K. and internationally. Founded in 2006, the company has become a globally significant theatrical player, with an extensive repertoire of award-winning work. nationaltheatrescotland.com