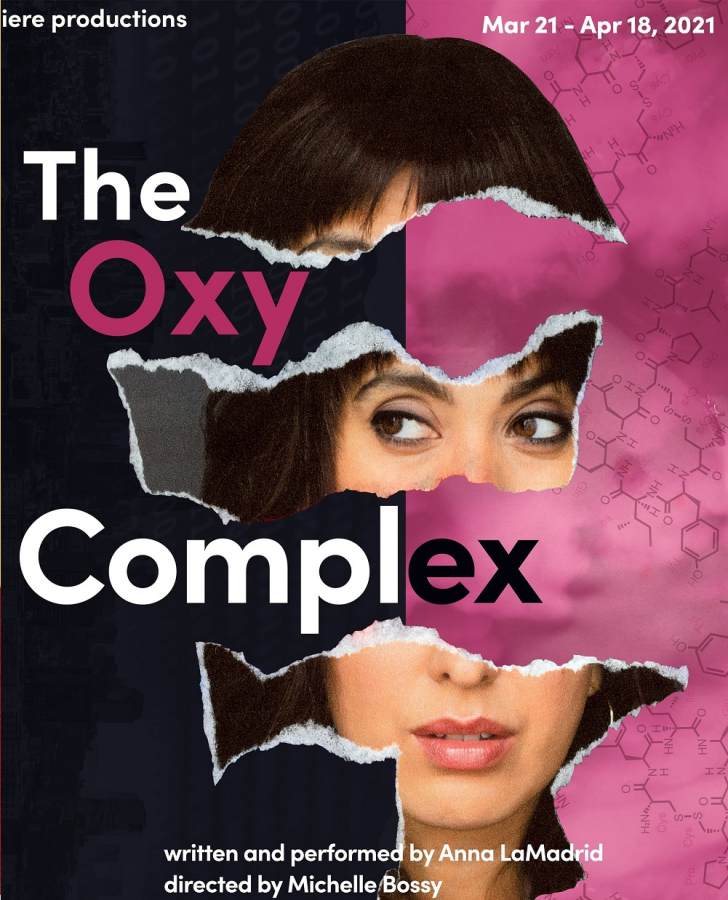 Set during the 500th day of quarantine, Anna LaMadrid’s The Oxy Complex is a dark comedy exploring love, sex, loneliness, trauma, and the hormone that affects it all — Oxytocin, also known as “the cuddle” or “love” hormone.

“I initially set out to examine the ways that technology interrupts our biology,” explains LaMadrid. “But now that quarantine has taken away all our distractions and we have all this time on our hands, how do we reckon with ourselves? Viviana is a fictional character and her story is heightened, but the show is rooted in truth, drawn from personal experience and from other women I know.”

A Venezuelan born, East Coast-bred actor living in Los Angeles, LaMadrid starred as sardonic, gum snapping “Jamie” in the critically acclaimed IAMA production of Bess Wohl’s American Hero (“boundlessly funny” — Los Angeles Times). She won a Stage Raw Award for Female Comedy Performance for her take on Betty 3 in Collective Rage: A Play in 5 Boops at Boston Court. Her TV credits include Vida on Starz (recurring); Love, Victor on Hulu; Bless This Mess and Grey’s Anatomy on ABC; and she was selected to participate in the ABC Discovers Showcase. In 2016, she launched Put Me On Self-Tape, a self-tape and audition coaching studio in L.A.

The Oxy Complex, written and performed by Anna LaMadrid, directed by Michelle Bossy, will be filmed live at L.A.’s Pico Playhouse and premiere virtually on March 21, 2021, at IAMA Theatre Company online, where it will continue its online run through April 18, 2021.