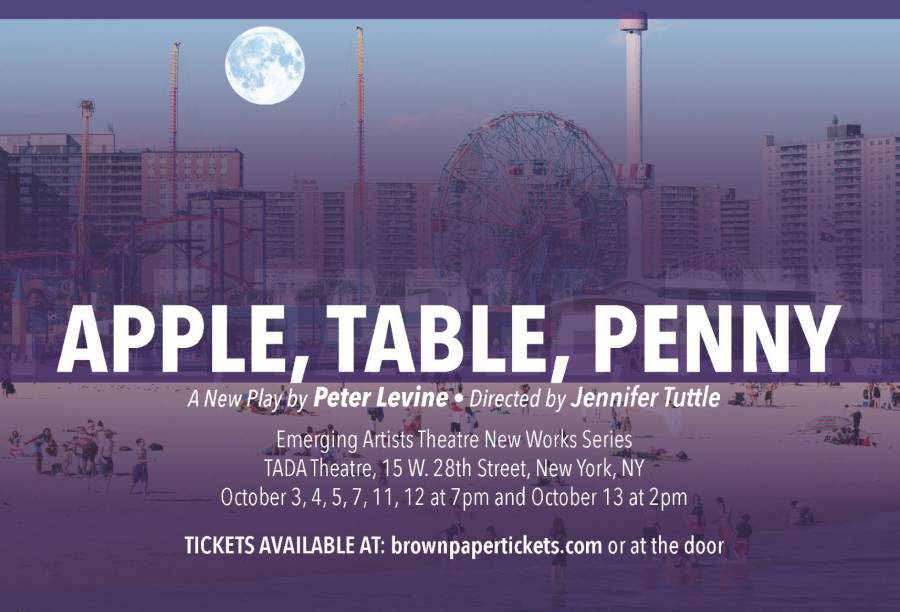 Max Gelman, a frustrated Borscht Belt comedian, often neglected his roles as husband and father to follow his dream. But now something’s wrong. He’s been acting strangely and his wife and children are concerned. So is he.

Complete with jokes, the occasional song, and a cast of characters that includes Carmen Miranda and Jackie Gleason, APPLE, TABLE, PENNY showcases generational struggles, the special love between a grandfather and his granddaughter, and coming to terms with the inevitable that awaits us all.