POST A SHOW
Dad In A Box
Off-Bway, Sketch 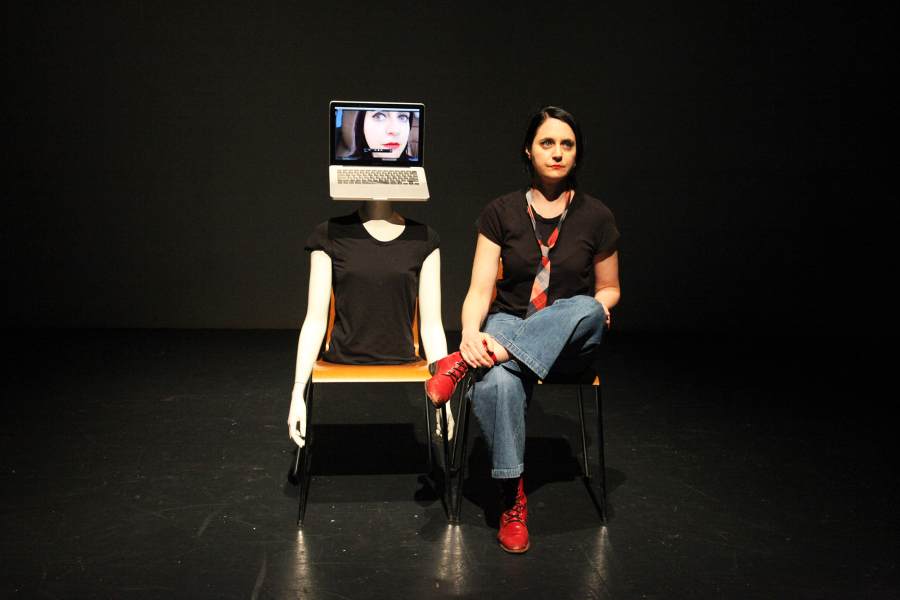 WHAT: Kim Katzberg returns with her most revealing and hilarious work. A prestigious improv comedy workshop seems like an ideal career boost for Katzberg, until she finds her fervid imagination hamstrung by generic critiques. “…Suicidal girl on a date? I’m not sure it’s a network thing.” But the real improvisation starts when Katzberg’s emotionally-distant father dies, paralyzing her psyche and forcing her to confront her California-cool brother and erratic, prodigal sister. Dad in a Box, a darkly comedic, multi-character, semi-autobiographical, multimedia solo play, follows queer theater artist Kim Katzberg as she struggles to gain access to her emotional core, while processing the impending death of her abusive father. The story traces Katzberg’s efforts, through wildly inventive pieces in improv class, to prod and shock herself into facing and confronting her father’s emotional hold on her.

Muffins In The Window: The Longest running Variety...
At Wit’s End: A Home for Retired Comics̶...
The Hell 9000 Dance Party! Featuring MC DJ Lucky!
Men are from Mars Women are from Venus Live