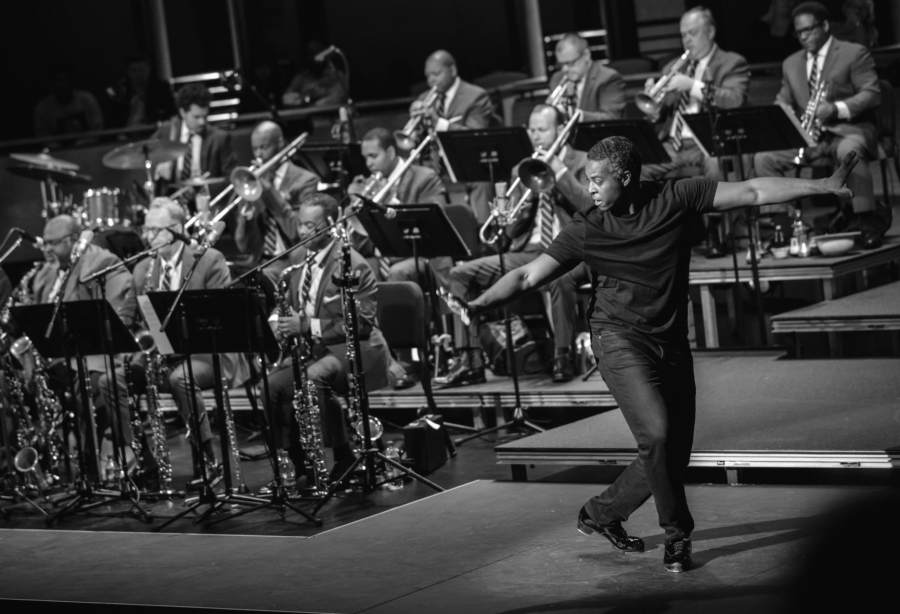 THIS PERFORMANCE HAS BEEN CANCELED DUE TO THE COVID-19 OUTBREAK, AND WILL BE RESCHEDULED.

Jazz great Duke Ellington’s “Such Sweet Thunder,” a twelve-part jazz suite based on the work of William Shakespeare, will be explored in the next edition of the Duke Ellington Performance Series at Birdland Jazz Club, NYC – Sunday, April 19, from 5:30-7pm. Doors open at 4:30pm.

ABOUT “SUCH SWEET THUNDER”
In August 1956, Duke Ellington and his orchestra were in Canada, performing in the same city as the ongoing Stratford Shakespearean Festival. Curious about the Festival, Ellington and his longtime composer/arranger Billy Strayhorn talked to Festival staffers, and soon Ellington announced his next album project would be a conceptual piece, paying tribute to Shakespeare’s varied works with appropriate jazz compositions. Ellington and Strayhorn began building a home library of Shakespeare, seeking out Shakespeare experts and reading through the canon during orchestra down time. In addition to the “Such Sweet Thunder” album, Ellington promised the entire suite would be performed at the 1957 edition of the festival. The “Such Sweet Thunder” suite was written in just under three weeks and recorded in early 1957.