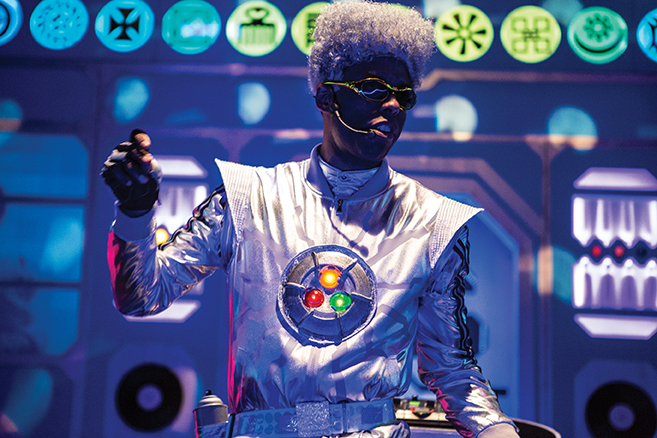 We launch The Cosmic Synthesis of Sun Ra and Afrofuturism series with Order Out Of Chaos a night of Afrofuturistic films, Music and ‘Mind Share’; a panel of filmmakers, music artists and performances.

Afrofuturism is a doorway to vibrant representations of Blackness. For filmmakers looking to throw off the shackles of stereotypes, projected racialism and obsolete limitations, afrofuturist films are the golden ticket to reimagining Black identity. Join us for the screenings of two short films, Prototype by Christopher Ortega and ROXË15 by Celia C. Peters. The evening culminates in an epic performance featuring rock goddess and futurist, Nona Hendryx and Bro Bot Johnson.

Prototype features a programmer who conducts a painful empathy test on lifelike androids in an attempt to win her mother’s approval. ROXË15 features Roxë Jones, a virtual reality programmer in stark near-future NYC. Hell-bent on a getting to a better life, she bets her future on technology.

Curated by filmmakers Craig T. Williams and Celia C. Peters who will lead a post screening conversation that will examine and celebrate the genre that is flipping the script on Black narratives. Nona Hendryx and Craig Harris will join the discussion.