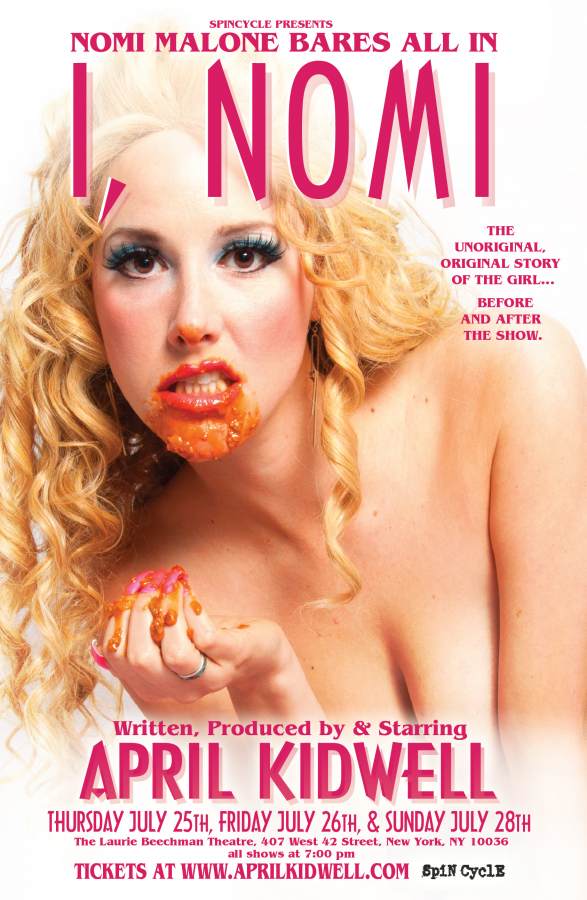 There is a $20 food/drink minimum at this venue.

Get up close and way too personal with one of cinema’s most enigmatic female antiheroes in the hilarious theatrical event I, NOMI. Written and performed by Off Broadway sensation April Kidwell (hailed as “a tireless, fearless wonder” by The New York Times), it’s a raunchy and ridiculously funny tribute to the feral heroine of SHOWGIRLS, Nomi Malone (played in Paul Verhoeven’s 1995 film by Elizabeth Berkley) and a wickedly satisfying mashup of the destined for cult status dark comedy I, TONYA. Featuring outrageous original songs and more than a few bombshells, this is a ferocious and empowering night of musical comedy for the #MeToo movement. You’ll laugh. You’ll cry. You’ll paint your lips on way too big while having epileptic orgasms. And when all is said and done, you’ll walk away saying, “Nomi? No. ME.” I, NOMI is written & produced by April Kidwell and directed by Michael Phillis.