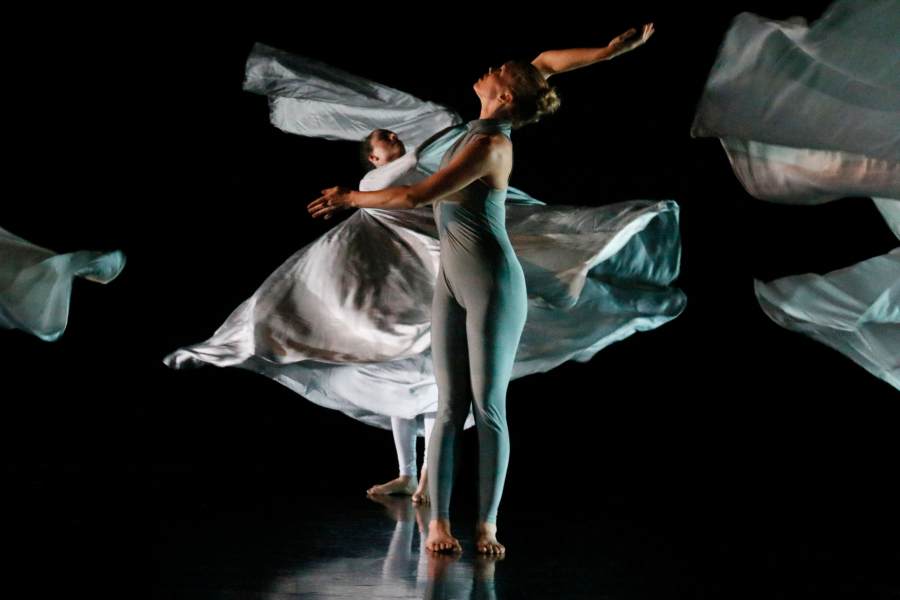 $20 for adults and $15 for students and seniors

Jody Sperling/Time Lapse Dance presents Melting Ice/Changing Winds: Dance and Music of Climate Change from April 8-10, 2019 at The Center at West Park, Sanctuary Theater, 165 West 86 Street, NYC.  The performance schedule is Monday, April 8 at 7pm (followed by a talkback with the artists), Tuesday, April 9 at 7pm, and Wednesday, April 10 at 7:30pm.

In addition, there will be an after-school kids/family program on Tuesday, April 9 at 3:30pm featuring a short performance and participatory workshop. On Wednesday, April 10, the company will host a benefit reception beginning at 6pm, offering champagne, hors d’oeuvres, and a chance to mingle with the artists prior to the performance.

Performance tickets are $20 for adults and $15 for students and seniors, with a suggested $10 donation per child for the April 9 family program. Benefit tickets, which include both the April 10 performance and the pre-show reception, are $125. All tickets may be purchased at https://meltingice.bpt.meor by calling Brown Paper Tickets at 800-838-3006 x1.

Melting Ice/Changing Winds: Dance and Music of Climate Change continues the collaboration between choreographer Jody Sperling and composer Matthew Burtner, both acclaimed for their creative engagement with climate. The program features the premiere of Wind Rose, visualizing and sonifying winds patterns that are changing dramatically along with the earth’s atmosphere. Wind is the breath of the planet, and though invisible, its swirling rhythms drive the forces of life.

A wind rose is a meteorological tool that graphically represents wind speed and direction at a particular location. This new collaboration creates a unique wind rose in the performance space, sculpting and sounding the airflow so the audience can simultaneously feel, see and hear the dance unfold. The five dancers act as soundmakers, whipping and slapping the air with their Loie Fuller-inspired costumes and vocalizing audibly throughout. In performance, Burtner samples the dancers’ soundings and remixes them live with other electronics drawn from wind data.

The program also features Burtner and Sperling’s first collaboration, Ice Cycle(2015) which was inspired by Sperling’s experience dancing in the Arctic while participating in a polar science mission. The full-company work transports the icescape to the stage and aims to express the dynamism and fragility of Arctic sea ice.

A dancer-choreographer from NYC, Jody Sperling is the Founder/Artistic Director of Time Lapse Dance. She has created 40+ works including many furthering the legacy of modern dance pioneer Loie Fuller (1862-1928). Considered the preeminent Fuller stylist, Sperling expanded the genre into the 21st century, deploying it in the context of contemporary performance forms. She was nominated for a 2017 World Choreography Award for her work on the French feature film “The Dancer” (premiere 2016 Cannes Film Festival) inspired by Fuller’s life. Years of working in Fuller’s idiom, which involves kinesphere-expanding costumes, has influenced Sperling’s awareness of the body’s relationship with the larger environment. In 2014, she participated in a polar science mission to the Arctic as the first, and to date only, choreographer-in-residence aboard a US Coast Guard icebreaker. During the expedition, she danced on Arctic sea ice and made the short dance film “Ice Floe,” winner of a Creative Climate Award. Following that experience, Sperling has focused on developing programs that engage creatively with climate.

Time Lapse Dance (TLD), is an all-women dance company founded by Jody Sperling in 2000. The company’s mission is to forge dynamic connections between dance and movements in culture, history, science, the visual arts, and music. Since inception, TLD has presented fifteen seasons in Sperling’s native NYC and toured to performing arts centers nationally and internationally. Along with performances, TLD offers outreach on arts/climate, family programs, workshops, and masterclasses. TLD has received commissions from Marlboro College/Vermont Performance Lab, University of Wyoming/NEA American Masterpieces, and the Streb Lab for Action Mechanics.

Matthew Burtner (Composer) (www.matthewburtner.com) is an Alaskan-born composer and sound artist who creates music from materials and data of climate change, particularly related to the Arctic. Burtner spent his childhood in the far north of Alaska and this profoundly shaped his musical language. He is a pioneer in the field of eco-acoustics and has worked extensively with systems of climatology applied to music. His work has recently been featured by NASA, National Geographic, the US State Department, Earther, and the Ringling Museum. First Prize Winner of the Musica Nova International competition, and an NEA Art Works and IDEA Award winner, Burtner’s music has received honors and prizes from Bourges (France), Gaudeamus (Netherlands), Darmstadt (Germany) and The Russolo (Italy) international competitions. He teaches composition and computer music at the University of Virginia, and directs the environmental arts non-profit organization, EcoSono (www.ecosono.org).
The Center at West Park is a home for the arts, culture, and community in the historic West Park Presbyterian Church, a New York City landmark. The Center is a secular not-for-profit organization that offers a diverse range of programs for artists, audiences, and the neighborhood; manages the building’s facilities; and stewards the restoration of its historic exterior. www.centralwestpark.org

This program is supported, in part, by public funds from the New York City Department of Cultural Affairs in partnership with the City Council.