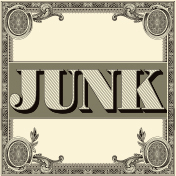 Ayad Akhtar returns to Lincoln Center Theater with his new play, JUNK. Set in the high-flying, risk-seeking, teetering financial world of the 1980s and inspired by the real junk bond kings of the day, this riveting story shows us from the inside how money became the only thing that mattered.

Financier Robert Merkin will stop at nothing to take over an iconic American manufacturing company, changing the rules as he goes. With his brilliance matched only by his swagger, Merkin sets in motion nothing less than a financial civil war, pitting magnates against workers, lawyers against journalists, and every one against themselves.

Steven Pasquale (The Bridges of Madison County and TV’s “Rescue Me”) leads an impeccable cast, directed by Tony winner Doug Hughes (Doubt), in this no-holds-barred portrait of Wall Street at its most powerful — and most dangerous.

Unless you are a math whiz or a business major, you may be bewildered by the financial concepts that are the underpinnings of Junk, the new play at Lincoln Center by Pulitzer-winning playwright Ayad Akhtar (Disgraced). However, as the play unfolds, you will find yourself thoroughly engaged. Junk is a fast-moving, intriguing look at the financial boom of the 1980s and an upstart financial wunderkind, Robert Merkin. Using debt instruments, Merkin (a fine Steven Pasquale) plans a takeover of Everson Steel. Merkin will manipulate the stock, cajole investors and use junk bonds to finance the sale. (Hey, don’t ask me — I majored in English.) He masterminds the takeover using his friend Israel “Izzy” Peterman as the figurehead.  Behind the scenes, Boris Pronsky (Joey Slotnick) manipulates the stock. Merkin explains that “Debt is a promise to pay. Money is the US government’s promise to pay.” The three are all “outsiders”, which in this play is euphemistic for Jewish and when the Establishment verbally attack them, it is with veiled ethnic slurs. At first the play seemed reminiscent of the movie Pretty Woman, where the character played by Richard Gere buys companies only to break them up …Read more