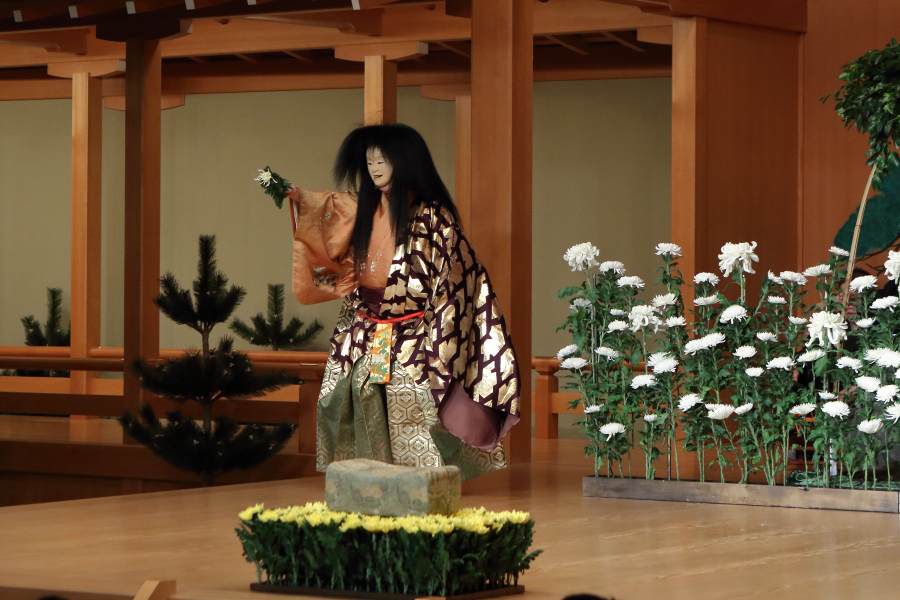 Experience a rare presentation of traditional Japanese noh theater as esteemed members from the Kita Noh School, including Akiyo Tomoeda, Living National Treasure designated by the Japanese government, perform works from noh theater’s classical repertoire: “Kotei” (The Emperor) and “Makura Jido (Chrysanthemum Boy). “Kotei” will be performed on December 1 and December 3, while “Makura Jido” will be one night only on December 2. Performed in Japanese with English supertitles. A pre-performance lecture by Princeton University Professor Thomas Hare begins one hour prior to the start of each show (Free & Open to all ticketholders).

LEAVES by Victor Vauban Jr @ NYTheater Festival On...
Chasing the Tides, or Exposure
The Weak and the Strong
AMERICAN MU$CLE