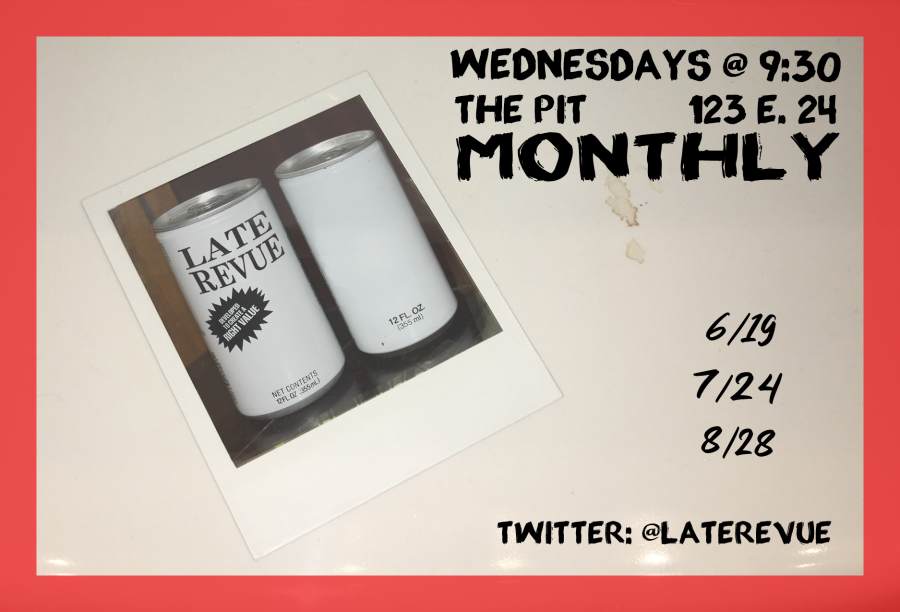 “Late Revue” is a brand new NYC-based comedy show that blends the traditional sketch show with elements of the late-night format. Each month, comedy writers from New York, LA and Chicago come together to create an entirely new show.

It’s the GRAND OPENING and you’re invited! So come on down and help us celebrate the strange, eccentric world of late night comedy.

ABOUT: Late Revue’s writers have contributed to McSweeney’s, BBC Radio, Funny Or Die, The Yale Record and NationalLampoon[dot]com! Established in 2019, our show features performers from The PIT House Teams, UCB, iO Chicago and the Annoyance Theater. Trust us – it’s the best Late Night show you’re ever going to see at 9:30 on a Wednesday in a basement.