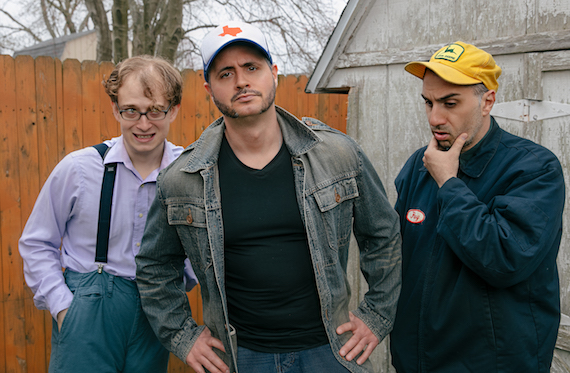 The acclaimed revival of James McLure’s comedy LONE STAR is back by popular demand at the 13th Street Repertory Theater. The play, which received audience and critical acclaim from its 2017 production, highlights rising star Matt de Rogatis as the lead and features the all female band The Chalks with Broadway actor Leenya Rideout. LONE STAR is directed by Joe John Battista. Reprising their roles and joining Matt de Rogatis as Roy are Chris Loupos as Ray and Michael Villastrigo as Cletis. The club muscle is played by Tony Del Bono and John Constantine is featured in the cast. The Chalks are Mary Brienza, Kathryn Markey, and Leenya Rideout. The production will play eight performances only from Thursday, June 6th through Sunday, June 16th at the 13th Street Repertory Theater (50 W 13th St- between Fifth and Sixth Avenues). Tickets are $20 and can be purchased at lonestarplay.com

LONE STAR transforms the theater into a rowdy Texas bar in the early 70’s with many surprises. This production marks the second NYC revival since Powers Boothe originated the role of Roy on Broadway in 1979. With a new concept from past productions, LONE STAR features a performance by The Chalks inside a Texas roadhouse saloon in 1972. In the cluttered back of the bar, the play takes a turn and deals with a man who returns home after a tour of duty in Vietnam and bonds with his brother by reminiscing the past the present and the future.

Run time is 2 hours 15 minutes with one intermission.