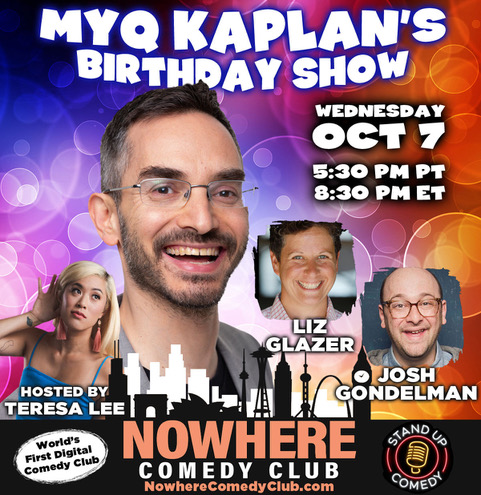 WHAT: Myq Kaplan is a comedian named Mike Kaplan and we are celebrating his birthday with this comedy show! Myq has appeared on the Tonight Show, Conan, Letterman, James Corden, Seth Meyers, Comedy Central, Last Comic Standing, America’s Got Talent, and released his Grammy®-nomination-hopeful comedy album ‘A.K.A’ in May of this year.

This show will be all new and different material, jokes, and fun that have not yet been recorded and released! A private meet and greet will be held after the show for VIP ticket holders.