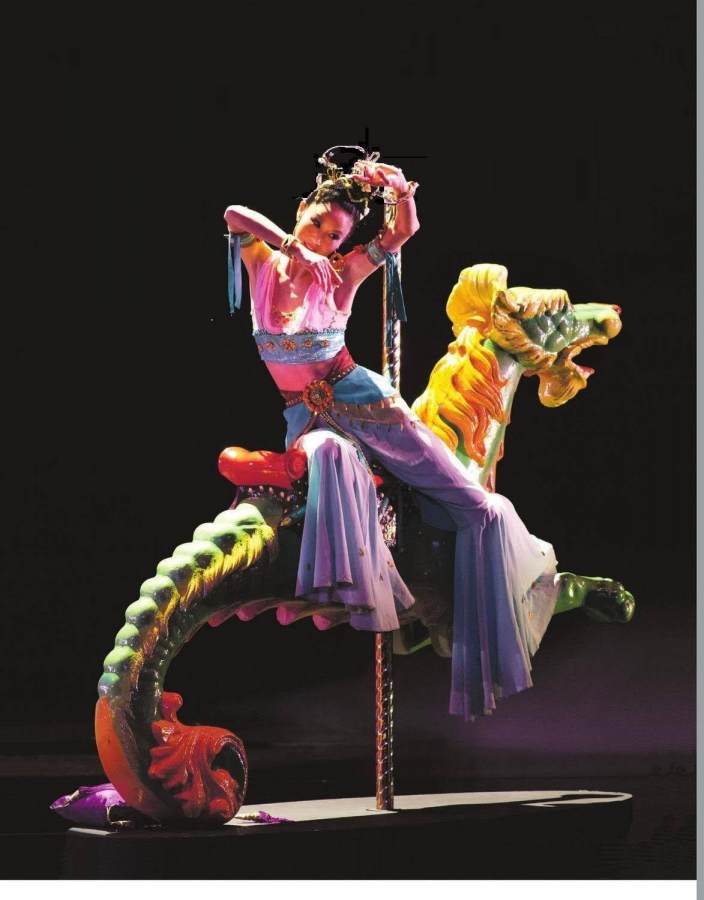 About Zhongmei Li’s Chinese Classical Dance
Zhongmei Li will teach one of the most well known Chinese classical dance technique, the Duanghuang technique based on contemporary interpretation of the movement of the painted figures in the ancient caves of Duanhuang Grotto. The fantastic paintings in the caves were created in the Tang Dynasty by Buddhist monks travelling on the Silk Road.

About Rei Akazawa-Smith’s Modern (Taylor-Inspired)
Join Rei Akazawa-Smith for an exciting modern dance class. Rei has danced with the Paul Taylor Dance Company as well as working with Mihi Orihara, HT Chen and others.

In the midst of the COVID-19 crisis, the Nai-Ni Chen Dance Company has established a new dance institute through Zoom, The Bridge.  The Institute’s aim is to bring together dancers, choreographers and directors around the world to experience the master teachers of color whose practices are embedded in the community and are focused on advancing the art of dance that transform the personal, environmental and metaphysical spaces.

As a virtual dance institute, The Bridge will invite world renowned as well as up and coming dancers and choreographer to come to guest teach the class. Advanced/Intermediate level professional or pre-professional dancers who are looking to explore beyond their own boundaries and looking for new dance experiences are encouraged to participate. The core program is based on Nai-Ni Chen’s Kinetic Spiral, which is a cross-cultural dance vocabulary that integrates the Chinese martial arts philosophy in TaiChi with contemporary dance practices she studied in America. Guest artists will cover a wide range of folk and classical dance styles.

In this trying time of change and uncertainty, the arts is a source of healing and unity, we would like to encourage everyone to support dance as dance is an essential medicine for the society to recover from the pandemic that has caused injury to our bodies and our hearts. Support for The Bridge can be sent through https://nainichen.org/donate.

About the Artists
Rei Akazawa-Smith was born and raised in Tokyo, Japan, where she began her ballet training in the technique of Royal Academy of Dance under the direction of Yuko Kojima. She graduated cum laude with a B.F.A. in Dance from Marymount Manhattan College, receiving the Gold Key for Excellence in 2009. While a student there, she assisted in teaching and demonstrating Graham Technique Master Classes for Miki Orihara and Alessandra Prosperi. She has danced with H.T. Chen and Dancers, Douglas Dunn and Dancers, and played the role of Eliza in The King and I at Walnut Street Theater in Philadelphia. She participated in The Taylor School Summer Intensive in 2012 and was asked to join Taylor 2 immediately afterward. Since joining the company, she has also appeared with Paul Taylor Dance Company.

Greta Campo is the Associate Artistic Director of the Nai-Ni Chen Dance Company, She began her dance training in her native Milan at the Carcano Theater, where she was first introduced to Martha Graham’s work. She performed with the Martha Graham Dance Company in their 2012 New York Season and later on their international tour. Greta is a recipient of the 2016 Rising Star Award from the Fini Dance Festival.

Zhongmei Li began her dance training at the Beijing Dance Academy, China’s foremost dance institution, and continued in the U. S. winning full scholarships to study at both the Alvin Ailey and Martha Graham schools. She performed on Broadway in the long-running musical “The King and I,” and she earned a master’s degree in fine arts at the Tisch School at New York University. In 1994, she created the Zhongmei Dance Company, with which she performed all over the United States. In addition, she has performed in many other countries, including Singapore, France, Israel, and Brazil. She is a regular guest performer with the Aspen Santa Fe Ballet. Zhongmei’s story is available in a non-fiction book, “A Girl Named Faithful Plum,” by Richard Bernstein.