POST A SHOW
One Empire, Under God To Make Live Debut at The Tank
Off-Bway, Off-Off 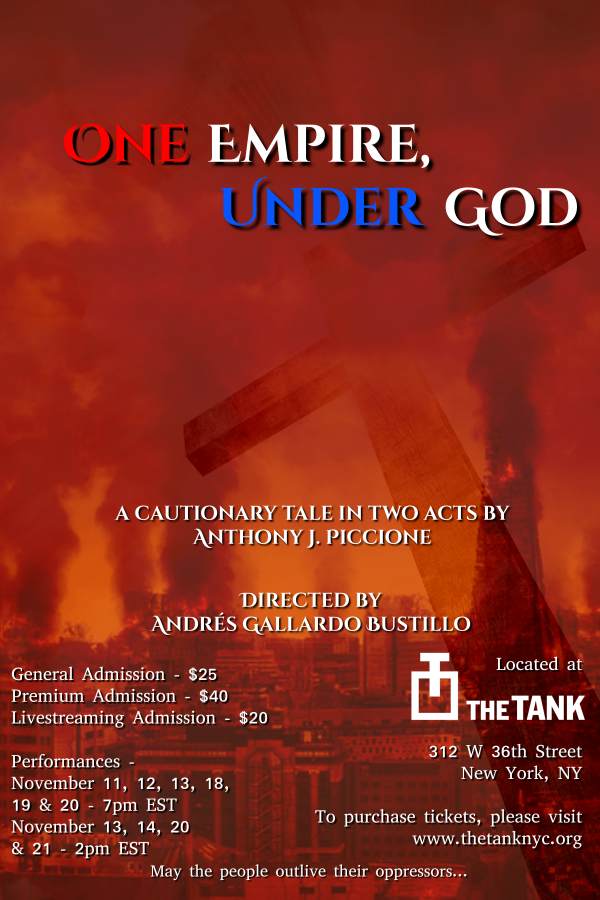 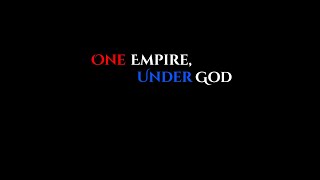 This November, One Empire, Under God – the new full-length drama by award-winning playwright Anthony J. Piccione (A Therapy Session with Myself, The Kraine Theater; Unaffordably Unhealthy, The Tank) – will make its live debut at the Obie-award-winning performing arts venue The Tank, located at 312 W 36th Street, New York, NY.

Tickets for in-person seating are available starting at $25 & access to watch the show online are available at $20 by visiting ci.ovationtix.com/35658/production/1074489.

Set in the far distant future, One Empire, Under God is an epic political drama that tells the story of how an emotionally disturbed young man – with the help of virtual media technology – is able to rise to political power by inciting an uprising against America’s openly atheist president, and subverting democratic and military rule throughout Western civilization, paving the way for him and his descendants to rule for generations to come. Every step toward a more perfect union is followed by an enormous reactionary backlash. That historical trend remains very much alive in the future, as seen in this provocative critique of nationalism, imperialism, and religious extremism.