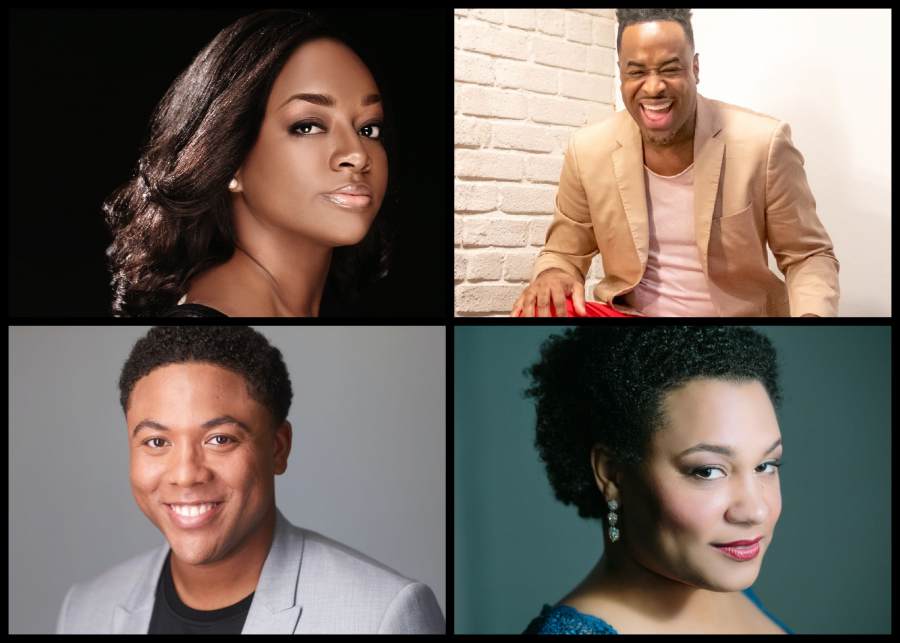 Opera Saratoga announced today that AMERICA SINGS, the company’s free concert series that was created to amplify the voices of artists from racial groups historically underrepresented on the concert stage, will return to Caffè Lena this month on Friday, May 21st, welcoming baritone Justin Austin and pianist/composer Damien Sneed to its historic venue for A Tribute to Langston Hughes. The free concert will take place at 7pm ET, Friday, May 21st, 2021. To access the concert, and for additional information please visit: www.operasaratoga.org/america-sings

Langston Hughes was an American poet, social activist, novelist, playwright, and columnist from Joplin, Missouri. One of the earliest innovators of jazz poetry, Hughes is best known as a leader of the Harlem Renaissance. In addition to poetry, Hughes wrote plays and short stories, and collaborated with many composers – including Kurt Weill on the Broadway opera Street Scene; and William Grant Still on Troubled Island. Justin and Damien’s all Langston Hughes program will feature songs by Margaret Bonds, Robert Owens, Damien Sneed, and Ricky Ian Gordon.

All concerts in Opera Saratoga’s AMERICA SINGS series are livestreamed to the public for free, but viewers are encouraged to contribute through a virtual tip jar during each event to support both Opera Saratoga and the featured artists. All “tips” made during each concert will be split equally between Opera Saratoga and the featured artists, providing vital support to artists who have been financially impacted by the shutdown of live opera performances across the country. Each event is livestreamed on Caffè Lena’s YouTube Channel, and the Facebook pages of both Opera Saratoga and Caffè Lena. AMERICA SINGS is presented with generous leadership support from Greenberg Traurig, LLP, and hospitality sponsorship from The Hampton Inn & Suites, Saratoga Springs.