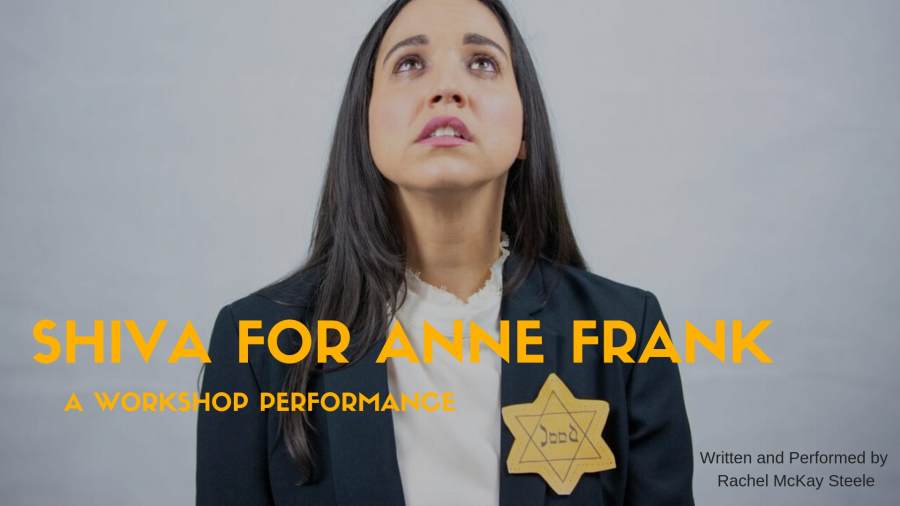 WHO: Comedian, storyteller and writer Rachel McKay Steele is excited to announce her solo show, Shiva for Anne Frank, which is a tribute to her own cultural identity as well as an honorarium to Anne Frank delivered through a comedic lens. The show is directed by Lauren Ann Brickman and will premiere at The Peoples Improv Theater this November.

WHAT: Rachel’s solo show celebrates Jewish identity, girlhood, community mourning, life, and begs the question of whether or not one Jewish comedian can and should relate herself to Anne Frank. Although Anne Frank is one of the most famous and recognizable young women in the world, her legacy is often infantilized or simplified so she can remain a saintly beacon from one of humanity’s darkest chapters. For two nights in November, Rachel invites you to laugh, cry, celebrate and mourn Anne Frank as filtered through her own hilarious experiences of getting a nose job, rehashing her Bat Mitzvah, and sharing her favorite story of a one night stand (with a German). To keep the show socially conscious and aware, Rachel is consistently updating the piece to stay up to date with current news and relevant events. The entire team behind Shiva for Anne Frank is female and three of the four women are Jewish.