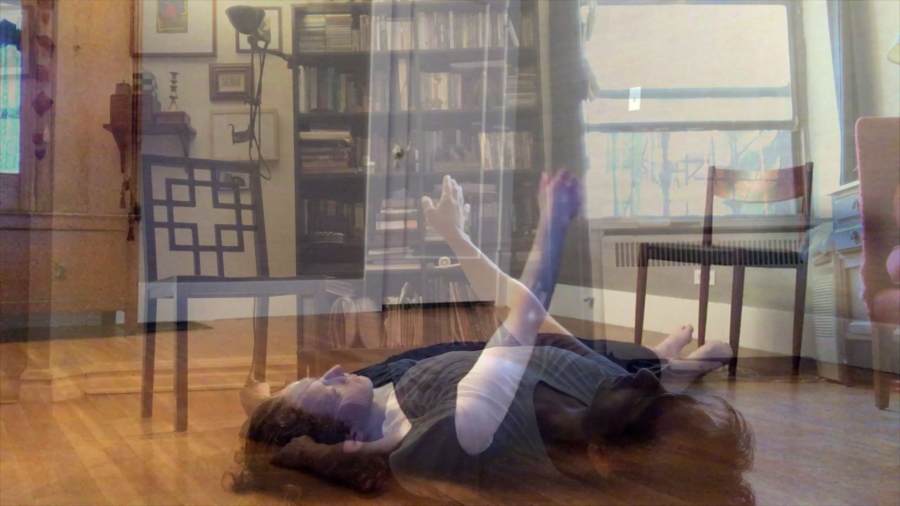 “Art is a mirror.”
If life imitates art far more than art imitates life, then Anna Sokolow was distinctly ahead of her time.

Rooms, Sokolow’s 1955 masterpiece, examined the psychic isolation and unfulfilled desires of characters isolated in their small, city apartments. The controversial and groundbreaking work breathed with the loneliness and alienation following the breakdown of wartime solidarity, when the threat of atomic annihilation, the 1952 polio epidemic, and the Red Scare hung like invisible contagions and created a mood of pervasive uncertainty and dread over America.

The Sokolow Theatre/Dance Ensemble began rehearsals for Rooms in August 2019 as one half of a concert series scheduled for March 2020 entitled “Real+Surreal” that would include Sokolow’s 1970 surrealist dance/theatre work Magritte, Magritte. Rooms was intended to be the ‘real’ half of a program that celebrated these works on their 65th and 50th anniversaries.

Then, a new contagion spread across the world, and human existence changed. In 2020, Rooms has become both real and surreal. Anna Sokolow’s 1955 choreography resonates with uncanny power in a world where people everywhere are living quarantined in their homes. Surely, cut off from each other in the grip of a global pandemic, we are all living
Rooms.

This abrupt change in circumstances has forced an adaptation in our approach to
Rooms that has required the company to rise to unique challenges to its directors, its dancers, and in how the performance will be presented.

Separated from one another, our rehearsals and theater dates cancelled, The Sokolow/Theatre Dance Ensemble has come together to create a virtual presentation of Rooms.

While the three directors-artistic director Samantha Géracht and associate artistic directors Eleanor Bunker and Lauren Naslund-rehearse the dancers and direct camera angles over Zoom, the responsibility of actual video recording has been taken on by the dancers themselves. They were ready for performance in the theatre, and now need to rethink, restage, light, film, and costume themselves with what they have access to where they are self-quarantined.

The recordings made by the dancers were edited by Ms. Naslund into a full-length video version of Rooms, titled Rooms2020.

What the critics are saying:

“Watching this thoughtfully reconceived version of Rooms, you’re aware of the silences and the stillnesses that pit both the choreography and Hopkins’s emotionally and environmentally charged score. Is this what being alone for a long time feels like? What to do next? Why get out of bed? Are you going crazy? Are you alone by choice? If you died, who would bury your bones? Instead, let us thank the powers that be for the sunshine and the moonlight and the grass that continues to grow. And thank the spirit of Anna Sokolow for showing us the darkness so fiercely.”
– Deborah Jowitt, DanceBeat

“Sokolow Theatre/Dance Ensemble has re-imagined Sokolow’s Rooms for a pandemic era online presentation – and Rooms2020 works, because they’ve done it well – and Sokolow’s choreography is so inventive and strong.”
– Susanna Sloat, DanceTabs

“Rooms is a remarkable work, which stands the test of time, with or without a pandemic. But it’s especially relevant in today’s current state of anxiety, frustration and uncertainty.”
– Bonnie Rosenstock, ExploreDance

Margherita Tisato started studying dance in Italy at the age of 8. Her background is in Humphrey-Limon, contemporary, and dance-therapy. She counts in her roster of practices a variety of movement techniques including dance and yoga, Butoh, somatic movement, and recently the exploration of body suspension. Margherita moved to New York in 2006, and also works with Dances by Isadora, Francesca Todesco, and others. Margherita was a principal dancer with the Vangeline Theater from 2008 until 2017, and has presented her own work in New York and abroad. She is a teacher for the New York Butoh Institute and teaches butoh workshops internationally. Margherita lives in Brooklyn, teaching yoga and mindful movement in studios, jails and substance abuse recovery facilities and coaching individuals in finding embodiment and recovering from PTSD. Margherita has danced with Sokolow Theatre/Dance Ensemble since 2008.
Erin Gottwald is from Stoneham, Massachusetts and received her formative training at the Boston Ballet School for 11 years. She holds a BA in Theater from Bates College and a BA Hons from the London Contemporary Dance School in London, England. In 2017, Erin celebrated her eighth season with The Bang Group’s
Nut/Cracked – her second as Rehearsal Director. Her ongoing collaboration with John Carrafa was named one of the Top 10 Dance Highlights of 2012 by the Boston Phoenix. She first performed with Sokolow Theatre/Dance Ensemble in 2011.
Erika Langmeyer is from Seattle, Washington, and graduated cum laude with a BFA in Dance from the Honors College at George Mason University. Since moving to NYC, she has danced with Buglisi Dance Theatre, Rae Ballard’s Thoughts in Motion Dance Company, The Moving Beauty Series, Kinetic Architecture, and Naganuma Dance. Ms. Langmeyer currently dances with TAKE Dance and has embarked on a production career, presenting “Anamnesis” at West End Theatre in 2018. She is a performer and the assistant rehearsal director with Shadow Box Theatre, and a founding member of Suzzanne Ponomarenko Dance, with whom she traveled to Guatemala to teach at-risk youths through the “A Chance to Dance” program. Erika joined Sokolow Theatre/Dance Ensemble in 2017.
Brad Orego originally hails from Buffalo, NY. He comes from a diverse background in sport, martial art, and dance. Brad’s formal dance training began at the University of Rochester. After earning the University’s first Minor in Dance, along with degrees in Computer Science and Psychology, in 2011, he moved to Madison, WI, where he has worked with Kanopy Dance Company since 2013. Brad moved to NYC and joined Sokolow Theatre/Dance Ensemble in fall 2017.
Ilana Ruth Cohen is originally from Portland, Oregon where she grew up dancing in the rain. At Pomona College she studied dance, focusing on the work of historic modern choreographers. In addition, she studied chemistry with a focus on protein crystallography. Ilana is passionate about keeping historical works of modern dance alive through performance. Ilana joined Sokolow Theatre/Dance Ensemble in 2018.
Sierra Powell, from Madison, WI, studied Graham, Hawkins, Limon, ballet, and more with Kanopy Dance Academy from the age of four and performed with Kanopy Dance Company from 2010-2016. After moving to New York, she performed with Graham 2 and graduated from the certificate program at the Martha Graham School in 2018. Sierra has performed lead and solo roles in the works of Martha Graham as well as works by many other modern and contemporary choreographers. She has also extensively studied Bharatanatyam Indian dance and classical piano. Sierra joined Sokolow Theatre/Dance Ensemble in 2018.

Samuel Humphreysreceived his initial training from Brynar Mehl, and then from Larry Ensign, Lori Belilove, the Gelsey Kirkland Ballet conservatory, and the Martha Graham School. He has performed in New York City with the Isadora Duncan Dance Company, Anabella Lenzu, Ballet for Young Audiences, and Shadow Box Theatre. He currently also dances with Dance Visions/NY. A long-time student of Jim May, Sam performed with the Sokolow Theatre/Dance Ensemble in 2007 and 2008 and rejoined the company in 2019.
About Sokolow Theatre/Dance Ensemble
The Sokolow Theatre/Dance Ensemble was founded in 2004 to be the artistic repository of Anna Sokolow’s repertory. The company’s aim is to reconstruct and perform the Sokolow repertory, teach and coach her repertory on other professional companies, and make her works accessible for students ranging from middle school to college and pre-professional. The company also encourages contemporary choreographers interested in dance theater, through projects allowing them to choreograph on experienced Sokolow dancers. The multi-generational makeup of the company dancers, ranging in age from 25 through over 60, is unusually inclusive for a dance company, enhancing Ms. Sokolow’s dances, which explore the depths of the human experience. Since 2004, the ensemble has reconstructed and performed over 20 of Ms. Sokolow’s works.  Several have been restaged from archival footage and original cast memory in order to recreate and preserve the legacy.

The aim of the Sokolow Theatre/Dance Ensemble is to present works from Sokolow’s vast choreography that are relevant to the times we live in and touch the hearts of all people, everywhere, struggling with the universal issues of living despite differences in place and culture.
For more information, visit sokolowtheatredance.org.