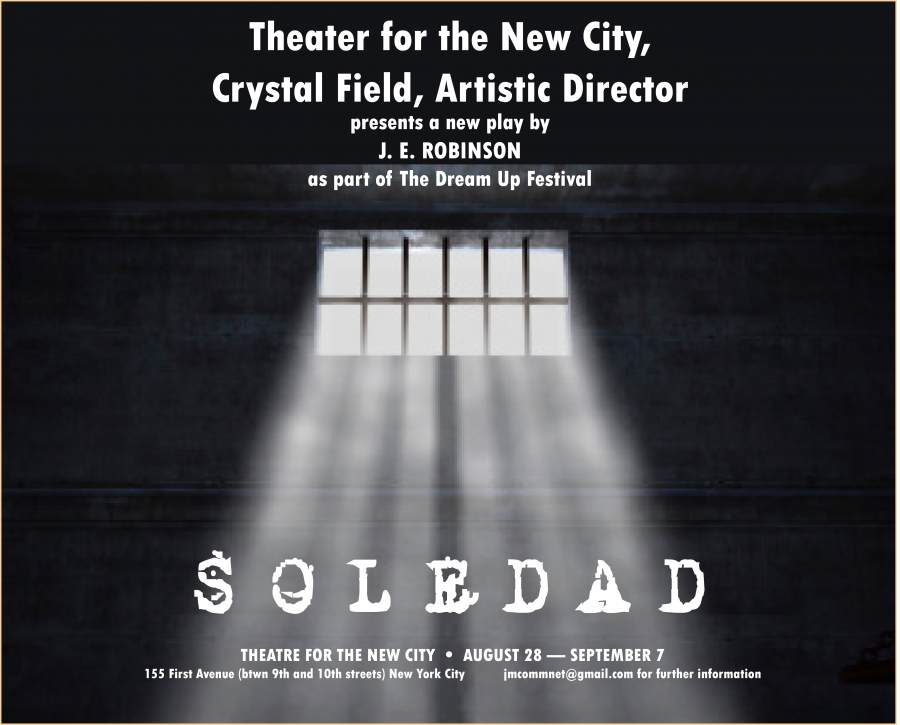 Theater for the New City will present another powerful stage work by playwright J. E. Robinson. SOLEDAD, part of the theatre’s Dream-Up Festival, will premiere at TNC, 155 1st Ave., New York City. Performace are from August 28 thru September 7.
The production will directed by Patricia Floyd, with Lawrence Floyd as stage manager. Cast TBA
Specializing in brief works with an historical base, celebrated playwright J.E. Robinson offers up an expressionistic tale taking place in a prison in 1934 just before Holy Week.
Brother and Queenie wait in the colored chapel at Angola State Prison, Louisiana, for a Maundy Thursday foot washing, their last before their death sentences. Queenie gets into an altercation with another prisoner and is killed. In the second act, Queenie finds himself dining in the kitchen in Heaven with David, the New Orleans police officer who had Queenie sent to prison.
Deftly combining history and incendiary and timely topics, Robinson, using techniques popularized by Elmer Rice in the 1930s. SOLEDAD explores the tribulations of the African American and LGBTQ communities.
J.E. Robinson won great acclaim for his plays, Spades and The Strong Man. He is known for interjecting vivid characterizations of historical figures and events. An eminent professor of history for many years, Robinson also wrote essays, fiction, poetry, and Skip Macalester (2006), a young adult novel. He hails from Alton, Illinois.