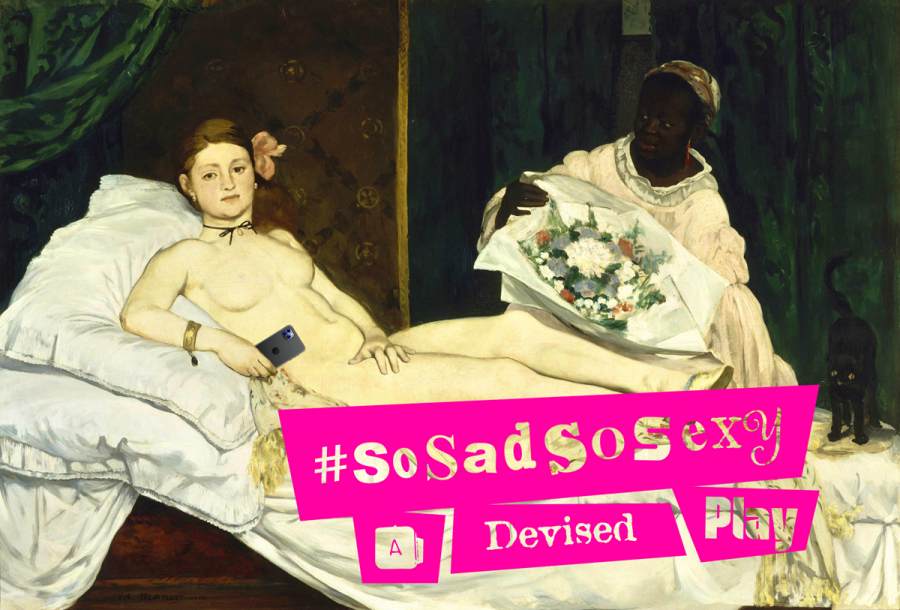 The play centers on Isabella “Izzy” Steinberg (Manju Bangalore), a former child pageant star who languishes in a state-run mental hospital after a failed suicide attempt.

Documenting her struggles on Instagram while awaiting release, Izzy forms an unlikely friendship with sharp-tongued fellow patient Lisa (Wren Mitchell). Together, Izzy and Lisa peruse the published diary of Lucy Prescott (Aziza Gharib), an art student in Victorian-era France who is abused by her professor Auguste Boucher (Dave Rideout), committed to Paris’s famed Pitié-Salpêtrière mental institution, and forced to perform in public hypnosis displays under the direction of Dr. Jean-Martin Charcot (Dylan LaRay).

Izzy and Lisa draw parallels between Lucy’s life and their own as they deal with the hospital’s medical staff (Rideout and LaRay) and Izzy’s pushy stage mother Margaret (Saima Huq). When Izzy’s posts go viral, she must balance the lure of fame with the desire to truly heal and connect.

Ashley Scott and Melissa Melendez respectively round out the cast as Gabrielle, a worldly and sensual 1880s cabaret performer, and various waiters, hosts, patients, and members of the press; Melendez also served as the production’s dialect coach for French pronunciation. Emily Caffery plays Boucher’s former wife Diana, who has also fallen victim to a patriarchal society and her husband’s oppression. Playwright Emily Cordes read stage directions for the reading.

“#SoSadSoSexy” will have its in-person world premiere in NYC in March 2022.

Writer’s Note: “I was inspired to create and develop ‘#SoSadSoSexy’ after reading a 2017 Vice Magazine article about Western culture’s obsession with tragic, beautiful, mentally ill women. The piece drew links between today’s “Internet sad girl” culture and the Victorian era’s treatment and public depictions of ‘hysteria;” it stuck with me and I joined with collaborators Alison Leaf and Kendra Augustin to explore the deeper themes and narratives embedded in this centuries-long conversation. Through the play’s overlapping stories, we seek to reflect the parallels between each period’s approach to mental health, gender politics, and the personal and collective identities we create, and to foster empathy, truth, and dialogue in the face of stigma.”–Writer/Creator Emily Cordes
—
bit.ly/EmilyCordes