POST A SHOW
TALK TO ME, a new play about aphasia
Off-Off 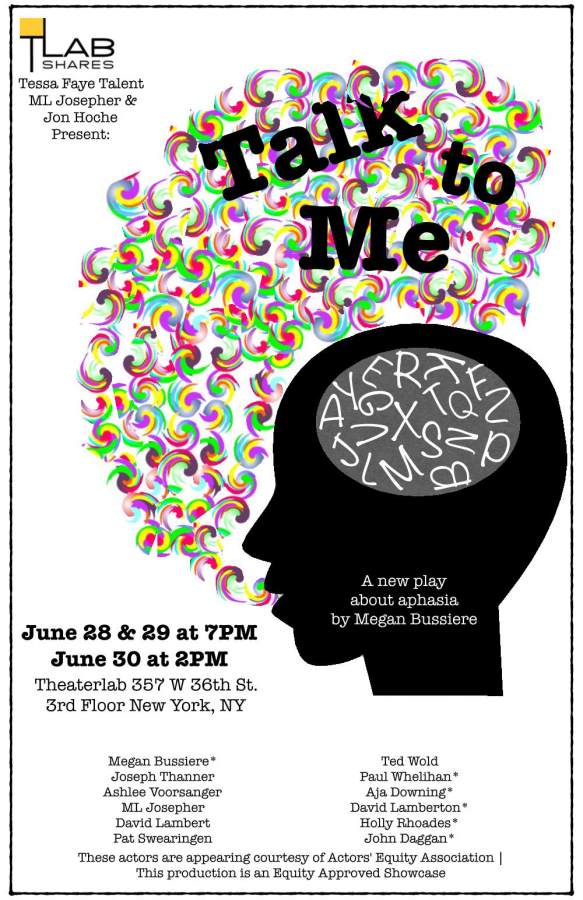 Talk to Me follows a support group for people living with aphasia. When they discover that the clinic is in danger of closing, they all band together in an elaborate plan to raise awareness about aphasia and save their community.

This production aims to raise awareness about aphasia and also to give back directly to the aphasia community. Avi Golden (Aphasia Consultant) and John Daggan (actor) both bring their talents and unique insight to this production, as they are also stroke survivors themselves, who are living with aphasia.

A portion of the proceeds from the ticket sales of this production are being donated to the National Aphasia Association, as well as the aphasia support groups of Kean University, JFK Medical Center, and Adler Aphasia Center.