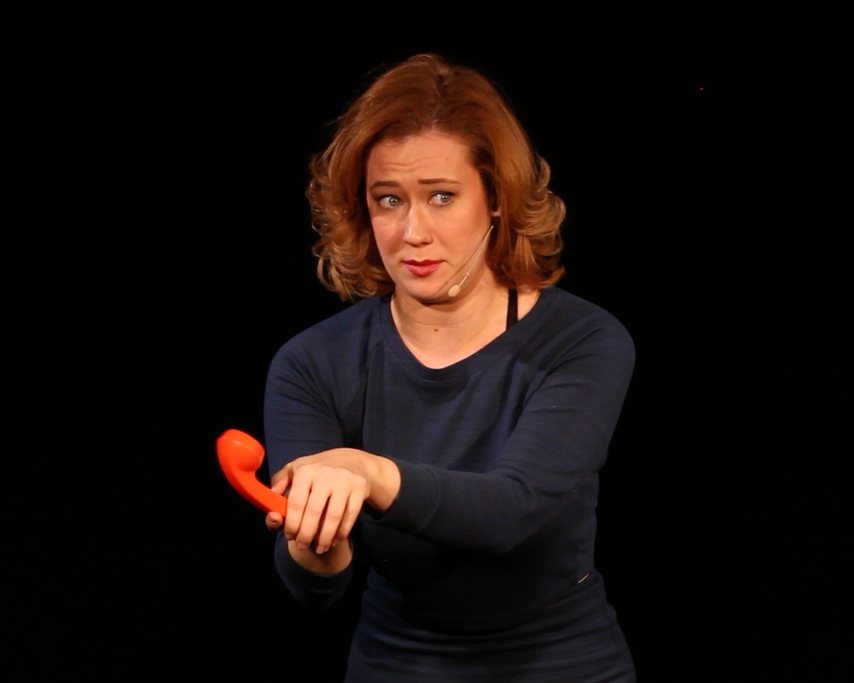 Tickets are $25 at Eventbrite.com

“The Good Adoptee” is the riveting and and outrageous true story of Suzanne Bachner’s search for her birth parents as she confronts the uncooperative, arrogant bureaucracy that guards New York States’s sealed records. Once opening Pandora’s Box, can she integrate her dual identities and still remain “the good adoptee”? The show has won awards for “Best Autobiographical Script” and “Best Actress” when it premiered at NYC’s United Solo Festival and was named a “Best Play” by Indie Theater Now. It’s written and directed by Suzanne Bachner, performed by Anna Bridgeforth and dramaturged by Bob Brader. 100% of the ticket sales from performances will go to Access Connecticut (for information about Access Connecticut go to www.accessconnecticut.org).

“The Good Adpotee” is one of JMTC Theatre’s award winning, hit solo shows running in repertory as part of the Association of Performing Arts Professionals (APAP) annual conference in New York City running from January 13th thru 21st. JMTC Theatre is an an award-winning, artist-driven theatre company committed to creating powerful, visceral theatrical experiences that are provocative and transformative. By partnering with national and international non-profit organizations, JMTC combines art and advocacy to raise funds and awareness.

JMTC Theatre has been creating exceptional shows with deep meaning, great humor, and social responsibility. We interview Suzanne Bachner and Bob Brader about their two shows that will run simultaneously in NYC that you won’t want to miss: Spitting In The Face Of The Devil and  The Good Adoptee. See full information about these shows here: Spitting In The Face Of The Devil The Good Adoptee https://www.youtube.com/watch?v=MZMHcztphCU&feature=youtu.be