POST A SHOW
THE GREAT VANISHING: PART I
Film, Other 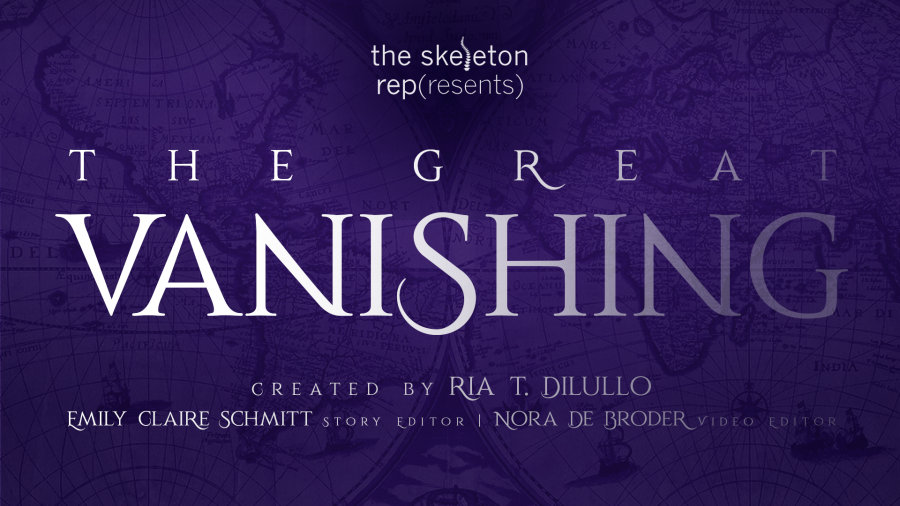 The Skeleton Rep(resents) will release the first installment of The Great Vanishing, a filmed-media experimental episodic indie project developed while in isolation, on May 18th, 2020 at 8am on The Skeleton Rep’s YouTube channel.

The Great Vanishing tracks the lives of a diverse group of citizens – scientists, teachers, artists, students, youtubers and more – who wake up one day to learn that the Great Pyramid at Giza has disappeared without a trace. This “vanishing” is intended as an allegorical stand in for COVID-19, and so, the virus itself does not appear in this world. However, as the series progresses and additional ancient monuments begin to vanish around the world, human beings must learn to live with a new and terrifying uncertainty. Where are our ancient foundations going, and who among us is going with them?

The Skeleton Rep(resents) is a New York based independent developmental production company focused on Exploring Modern Myth. In keeping with their mission, The Skeleton Rep(resents) have reimagined the current crisis as a confrontation with an ancient, inexplicable force in The Great Vanishing. The included pieces, which range from dance to audioplay to film, have been combined into a singular narrative, which will continue to develop for the duration of the shelter-in-place order. The company offers the series as a model for new work that combines the practices of theatrical script writing and performance with the editing tools of indi film.

As we move into a new normal, this could represent the future of filmmaking – where sets are scrappy and virtual, and the presence of the video maker in artistic filmmaking and in commercial work is even more crucial. Most video work during quarantine has been completely solitary- we have actually created a work that’s completely collaborative and looks like it could have been shot in the same room and place.

To make a scene dynamic and compelling when shot from one angle– at home– on a cell phone– is something we’ve seen a lot of on social media. But to create a feature length film out of 31 disparately shot scenes speaks to the transcendent skills of the actors, as much as to the editorial and editing prowess involved.

We invite you to watch this with your feet up and mind open. Have a beverage nearby. Light some incense or wear your favorite perfume. Sit down. Breathe. Be with us. All 45 of us. We made something, and we want to share it with you.

90 Miles of Separation
Field of Dreams & A League of Thioer Own ̵...
Hocus Pocus
WOODSTOCK: Celebrate 50 years of 3-days of Peace &...