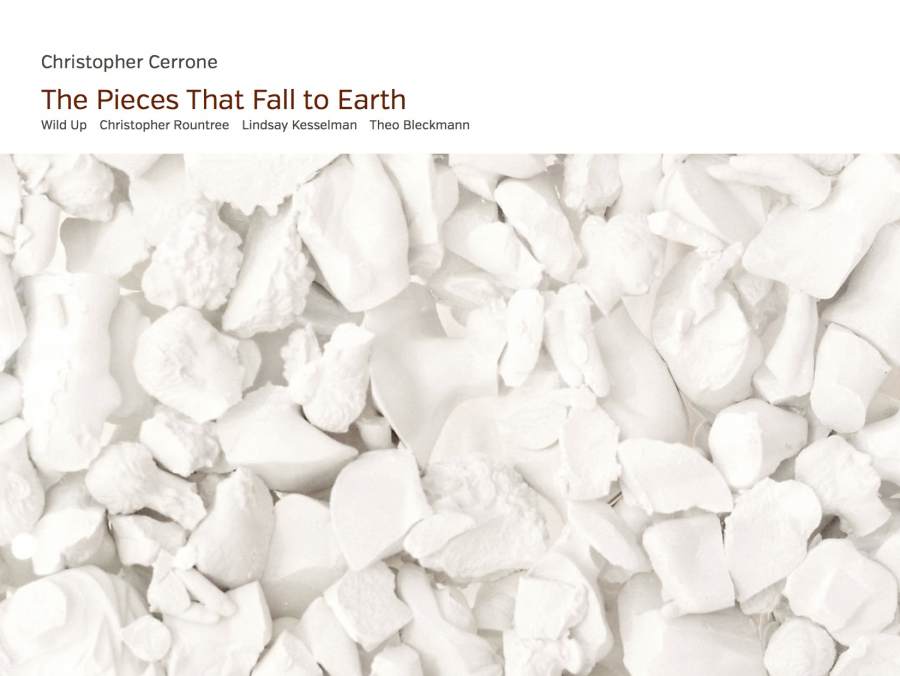 $20 including copy of CD

On Friday, August 2 (8:00pm) at Areté in Brooklyn, Wild Up, New Amsterdam and Christopher Cerrone invite you to the record release show for “The Pieces That Fall to Earth”—a new album of Cerrone’s music performed by Wild Up and conducted by Christopher Rountree.

Theo Bleckmann will sing The Naomi Songs (which appear on the album) in an arrangement for piano and voice, accompanied by Timo Andres who also wrote liner notes to the album. Rachel Lee Priday will perform Cerrone’s propulsive Violin Sonata with Andres, and percussionist Andy Meyerson of The Living Earth Showwill play a solo version of Cerrone’s meditative A Natural History of Vacant Lots. Alexandra Smither, Soprano will close the concert with Cerrone’s song “I will learn to love a person and then I will teach you and then we will know” with the composer at the piano.

Tickets for the hour-long show are $20, including a copy of the album.

The Pieces That Fall to Earth is the first all-Cerrone recording since his 2017 CD/DVD Invisible Cities, which documented the composer’s visionary site-specific opera, staged by The Industry in LA’s Union Station. Invisible Cities brought Cerrone widespread recognition as a Finalist for the 2014 Pulitzer Prize in Music.