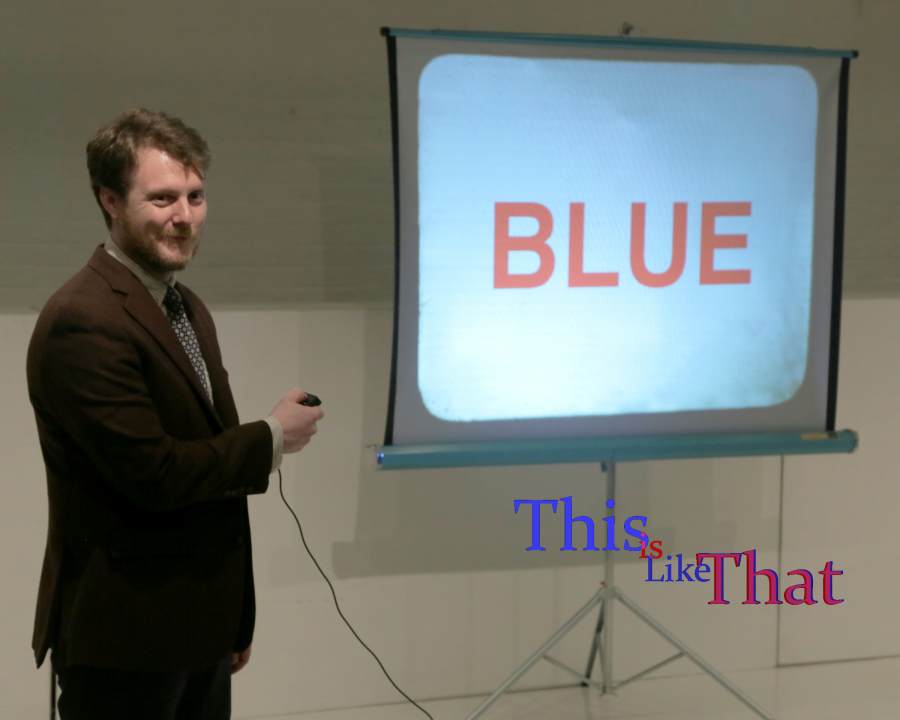 Theater for the New City’s Dream Up Festival will present the world premiere of “This is Like That” by Michael Sean Cirelli, a solo performance piece in the form of an eccentric slide lecture with a temperamental carousel projector and an apple. The play is a collaboration between Cirelli and director Emerie Snyder with performances 8/31 at 8PM, 9/1 at 5PM, 9/2 at 6:30pm, 9/3 at 9PM, and 9/4 at 6:30PM.

After unexpectedly realizing that he’s meant to be giving a lecture to everyone around him, a befuddled language professor attempts to explain the beauty he finds in language—only he cannot find the words. A piece for anyone who has ever felt misunderstood, or felt they might feel understood but weren’t. “This is Like That” is a one-person play that grapples with questions about language, identity, religion, and the stories we tell others and ourselves.