POST A SHOW
TOWN STAGES presents an industry reading of Billy and the Golden Pencil: A Superhero Musical 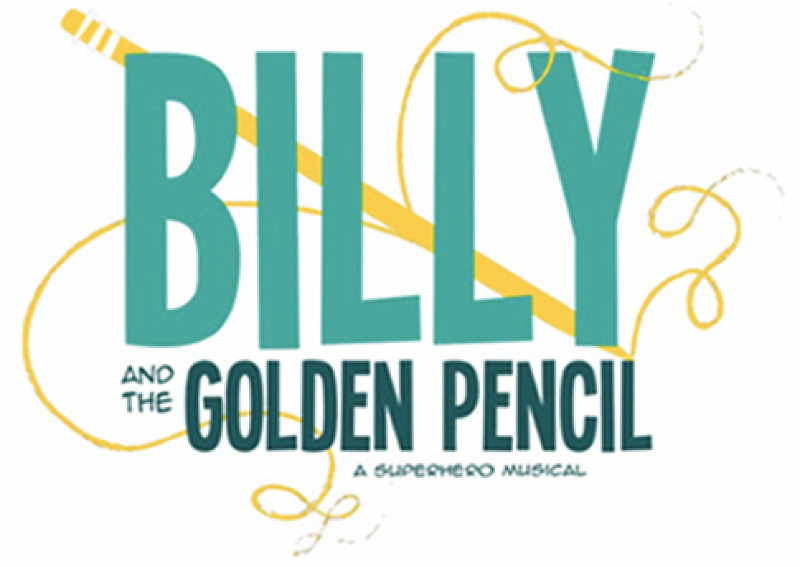 Billy is 12 years old, an avid drawer and aspiring comic book artist who comes home one day from school and suddenly, a box containing a Golden Pencil falls from the sky and anything he draws with it comes to life. Billy’s universe becomes quickly wrapped up in a superhero world of possibility, newfound powers, bullies, and responsibility, but he has to learn the difference between drawing inside and outside of the lines.

“The Sokoloff Arts Fellowship Program is a platform for exceptional art makers like Steven Kopp who are transforming the world – one endeavor, one story, and one song at a time,” said Robin Sokoloff, executive director of Town Stages. “Billy and the Golden Pencil is a very special work that will touch hearts and minds everywhere by inspiring the very best in us to strive, to fail, to try again, and reach higher than ever.”

Steven Kopp is the co-founder of Kopp & Caddigan Productions, LLC. He is also the Executive Producer and Book Writer of Billy and the Golden Pencil. Previous directing credits include: Late For Brunch (The Pit Loft), The Screen (Taksu Theatre Company and The Simpletons).  Assistant Directing credits include: I Remember Mama by John Van Druten (Transport Group), The Maids by Jean Genet (Sonnet Repertory Theatre). Previous producing credits include Spike Heels (Loft 227), The Black Parade: An Evening of Live Music (Loft 227), The Tempest (Taksu Theatre Company).  Assistantships include David Binder (Broadway producer of Hedwig and the Angry Inch and Of Mice and Men).

Noah Reece is a writer, composer, and performer originally from Oklahoma City. Having studied acting and directing at the University of North Carolina School of the Arts, Noah seeks to write music that is story-forward, and infuses his work with an equal dose of humor and heart.

Kristin McCarthy Parker is the director of Matt Cox’s Puffs (Off-Broadway at New World Stages) and the co-director of Puffs Filmed Live Off-Broadway. Other projects with Cox include Kapow-i GoGo and The Magnificent Revengers. She is also the director and co-founder of Recent Cutbacks, whose work includes the critically-acclaimed comedies Hold On To Your Butts (Time Out NY Top 10 Comedy of the Year), Fly You Fools, and KEVIN!!!!!, as well as developing and performing work at The Second City Training Center and Williamstown Theatre Festival. Parker has directed and developed work at Primary Stages, Pittsburgh CLO Spark Festival, Ensemble Studio Theatre, All For One, Ma-Yi, The Amoralists, 59E59, The Flea, Sam French OOB Festival, HERE Arts, Columbia University, Rutgers University, and the University of Florida, among others. She also directed two episodes of the new web series Awkwardly. Assistantships include Ed Iskandar, Michael Greif, Wendy Goldberg, and Trip Cullman. www.kristinmccarthyparker.com

Mark Murray, currently based in Brooklyn, New York, is a passionate and versatile storyteller who finds equal joy in musical, classical, and comedic pursuits. He is a recipient of the 2019 Sokoloff Arts Fellowship with his show Pilots, an episodic writing competition in which six writers go head­to­head each week to win the favor of the audience. In his spare time, he enjoys Star Wars, tabletop games, yoga, and dad jokes. He holds a BFA in acting with an emphasis in original works from Cornish College of the Arts. You can follow him and his work at www.markmylesmurray.com.

About Sokoloff Arts (501c3) at Town Stages
Sokoloff Arts (501c3) is a women-led cultural institution creating inspired space and cutting edge experiences at Town Stages. Helmed by a team of women from different backgrounds and multi-hyphenate artistic disciplines, Sokoloff Arts builds viable and safe places to congregate, strives to promote cross-cultural community activations, and blends the arts and business sectors to design sustainable solutions to social and financial inequalities in New York City and abroad. The organization assists young creators with mentorship, sponsorship, and fellowship by supporting ticketed performances and curated community programming in the performing arts, fine arts, and the advancement of social justice.