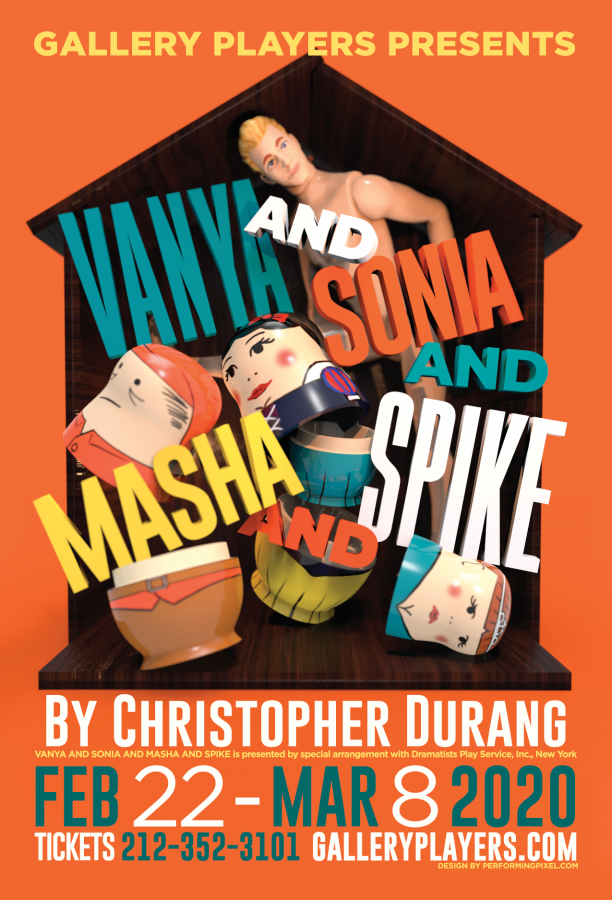 Gallery Players presents a hilarious new production of Christopher Durang’s comedy Vanya and Sonia and Masha and Spike. The play is the story of middle-aged siblings Vanya and Sonia, who share a home in Bucks County, PA where they bicker and complain about the circumstances of their lives. Suddenly, their movie star sister, Masha, swoops in with her new boy toy, Spike. Old resentments flare up, eventually leading to threats to sell the house. Also on the scene are the mysterious and hilarious housekeeper Cassandra, who can predict the future, and a lovely young aspiring actress named Nina, whose prettiness somewhat worries the imperious Masha. See life through different eyes as these characters explore the results of their past life choices and the possibilities for the future chapters of their lives. Performances run February 22 – March 8: Thurs, Fri, Sat @ 8 pm, Sat (Feb. 29 and Mar. 7) @ 2 pm, and Sun @ 3 pm. For more information, visit: http://galleryplayers.com or call (212) 352-3101.