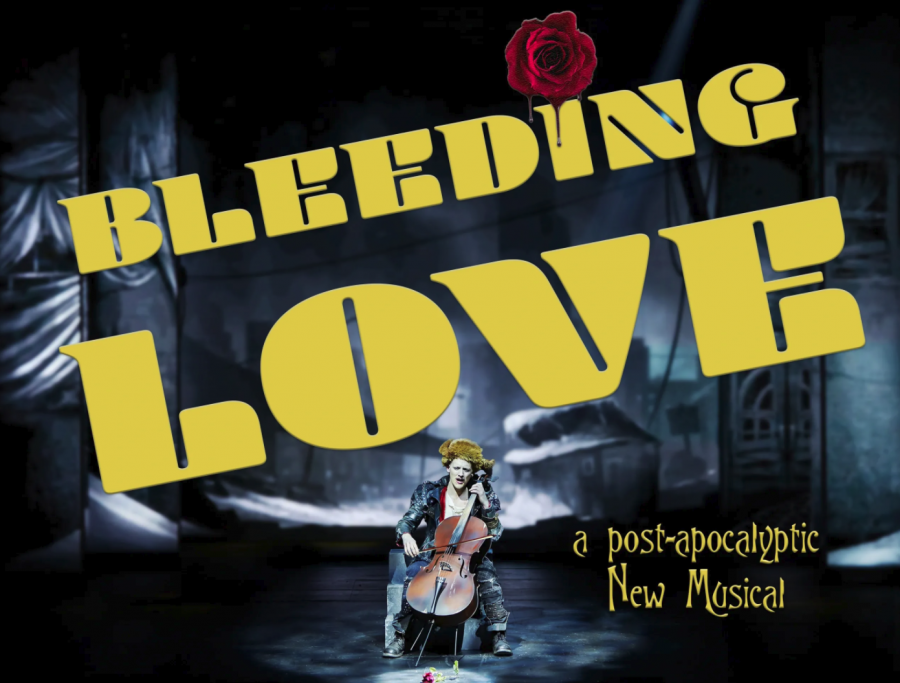 Now you can listen to a new musical!  it was performed live in theaters and is now a Podcast.

Here's a direct link to listen at the Broadway Podcast Network: BPN.FM/BleedingLove

With book by Jason Schafer, music by Arthur Lafrentz Bacon, and lyrics by Harris Doran, BLEEDING LOVE takes place in a post-apocalyptic world, where a starry-eyed teen cellist risks leaving her apartment to win the love of the rebel punk next door. A demented and heart-stirring musical fairytale, made for the times we live in, edited and directed by Harris Doran, based on a story by Jason Schafer, suggested by Oscar Wilde’s “The Nightingale and the Rose.”

From climate change to the political divide to COVID-19, the themes of BLEEDING LOVE have striking resonance.

Set in a post-apocalyptic world that has grown so dangerous that parents won't let their children outside, a sequestered teen cellist named Bronwyn is kept home by her bedridden, overprotective aunt, Madame Floy. Bronwyn spends her days practicing cello by the window, dreaming of the world outside. Only no one ever passes by.

The building is protected by the gun obsessed Super who is determined to keep intruders out, so the tragedy that happened to his wife never again occurs. His son, Sweet William, spends his days smitten with Bronwyn, who barely notices him.
One day, while staring out her window, Bronwyn notices the arrival of a punk named Puppy and his dominating girlfriend Lolli. Lolli rejects Puppy telling him to prove his love to her by getting her a rose. Bronwyn pities Puppy and determines to find a way to get him a real, live rose. Only problem is... nothing grows anymore.

BLEEDING LOVE is a story of hope. Even in a world that is overwhelmingly dark, one small person can change the world and overcome the darkness.