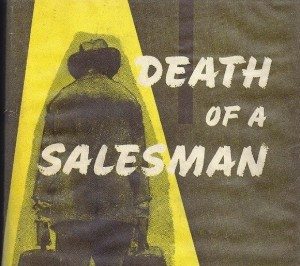 In the intimate setting of Roy Arias Stage IV, the Always Love Lucy Theatre recently presented the classic American tale Death of a Salesman as re-told by director Juan Reinoso. The cast, which included film actor Rahul Rai (When Harry Tries to Marry), took on the iconic roles with ease and grace. Willy Loman was played by Vishaal Reddy in a haunting and moving performance, slowly spiraling into a world of despair and regret. His wife, Linda, was played by actor and producer of the show, Saima Huq, who perfectly embodied the role of the ever dedicated Mrs. Loman. Willy’s sons were played by Rai and Sagar Patel, who both hold their own as Biff and Happy; these actors showed great versatility in their performances, with their performances demonstrating both strength and vulnerability.

All of the cast members of Death of a Salesman successfully supported the shaken and broken Loman household. Christopher Romero stood out as the emotionally drained and torn neighbor and colleague, Charley, while Tommy Bernardi added comic relief to this dramatic play as Biff and Happy’s childhood friend, Bernard. Supporting roles were notably played by Stephanie Uttro as Ms. Francis, Charlie Gorrilla as Howard Wagner, Maite Uzal as Jenny, Vincent Bivona as Stanley, Amanda Rose Antonucci as Miss Forsyth and Rachel Neiheisel as Letta. The cast was always in the moment as they watched Willy lose the battle within himself that leads to his ultimate demise.