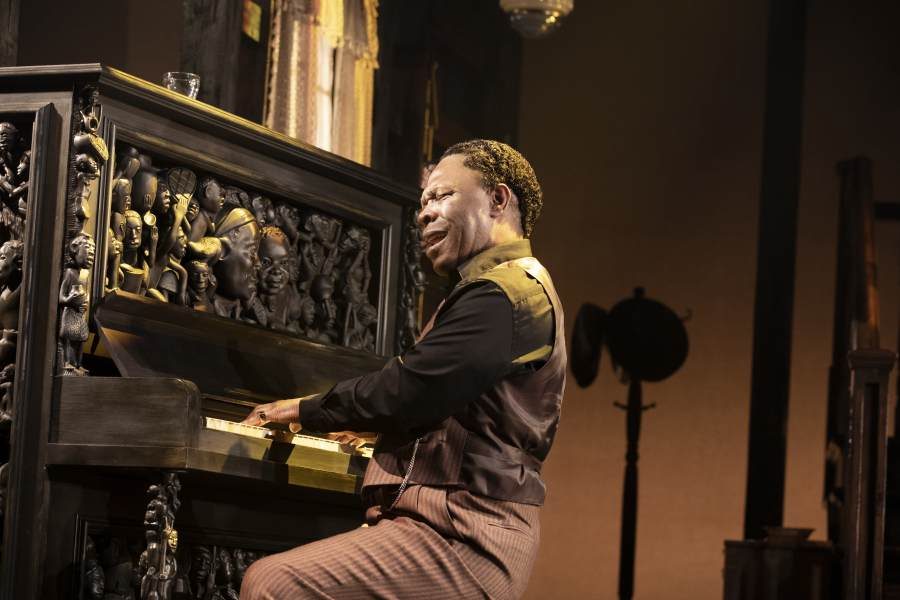 The true star of the revival of “August Wilson’s The Piano Lesson” isn’t Samuel L. Jackson, Danielle Brooks or John David Washington. Although the three actors all give fine performances, the true star of the drama is the elaborately carved piano that sits prominently on the stage. “The Piano Lesson” is one of the ten plays in Wilson’s cycle plays, also called The Pittsburgh Cycle, written to show the experiences of African Americans in the 20th century.

The piano document the lives of a slave family and is now in Doaker’s (Jackson) living room. However, it belongs to Berniece (Brooks) and her brother Boy Willie (Washington) and has become the focus of contention. Boy Willie has come to Pittsburgh with his friend Lymon (Ray Fisher) to sell a trunkful of watermelons. His share of the sale plus the sale of the family piano will enable him to buy farm land back home.

The problem is his sister refuses to sell it. It is a tie to their father who died and their grieving mother who polished it every day after his death. Berniece played it every day for her mother, but when she died, Berniece refused to play it again.

Since he can't get Berniece to agree to sell, at one point in a King Solomon-like pronouncement, Boy Willie announces he will cut the piano in half and sell his half. It’s an idle threat, but he does enlist Lymon’s help to move it out of Doaker’s living room. That's when things get eerie. Is the piano haunted? Is there a troubled spirit lurking about? Berniece gets her suitor, the preacher Avery, to bless the house.

Although not a traditional musical,the show is filled with music. Some is performed at the piano by Wining Boy (Michael Potts) but the best was the ‘spontaneous’ song performed by the four men in the house led by Washington, using their bodies and the kitchen table for percussion.

At first, it took close listening to understand the cadence and speech of the characters who’ve come from down South. It was also confusing for a while to determine the relationships between the characters. Some are related; some share history but most of it becomes clear when the history of the piano is explained in great detail.

Washington is so energetic and passionate that it is almost tiring. He’s fiery and bounces around the stage. Jackson is low-keyed as Doaker and comes across as a secondary character. He’s more of a mediator and won't take sides between his niece and nephew. Brooks gives a solid performance, and when she gets to belt out a few notes of song, the theater shakes.

Well-directed by LaTanya Richardson Jackson, the show is warm and funny yet tinged with supernatural and righteous anger. Berniece's husband was shot years before and she lashes out at her brother, blaming him for the death. The carvings on the piano are a pictorial reminder of slavery, people regarded only as property when a ‘slave and a half’ were traded for the piano.

The play ends with a satisfactory conclusion, yet it lacks dramatic closure. There’s a gun and there are threats but no blood is shed and the audience exits the theater with a sense of resolution and harmony. As I rushed to leave the theater to catch my ride home, I noticed many audience members approaching the stage - hoping to get one last look at the magnificent piano-the true star of the show.