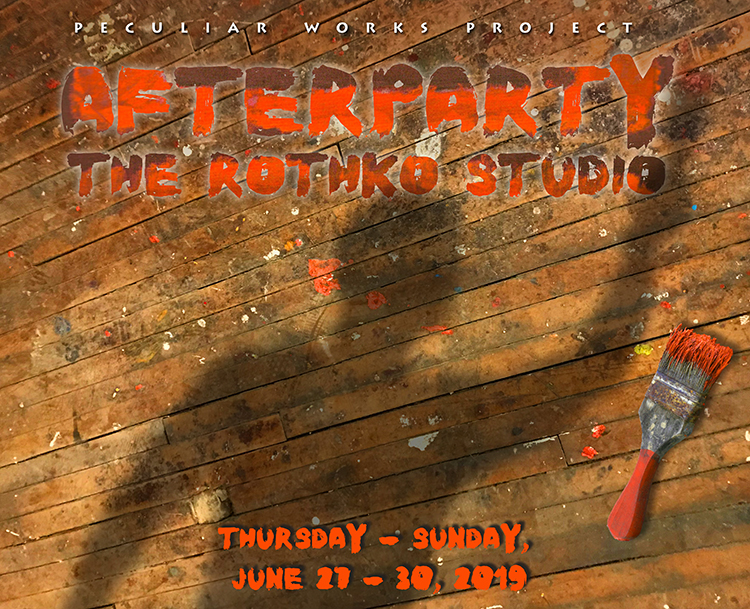 Peculiar Works Project’s creative team is designing an intimate, promenade journey through the historic architecture and artistic legacy of the building. Along the way, multi-disciplinary performances will reinterpret the legendary art parties attended by artworld luminaries—Jasper Johns, John Giorno, William S. Burroughs, Eve Hesse, Jonas Mekas, Roy Lichtenstein, LeRoi Jones, Diane DiPrima, Sol LeWitt, Andy Warhol, and more—against the backdrop of Rothko’s struggle between achieving success and selling out. Audiences and performers will sit around a table together in the paint-splattered space and experience a theatrical conjuring of artistic ghosts whose impact echoes till this day.

Built in 1884 for the YMCA as the Young Men’s Institute, 222 Bowery is renowned for the many now-famous artists who lived, worked, and played in this landmarked gem. The building’s former gymnasium is significant for having been Rothko’s studio, where he painted the infamous “Seagram Murals” commissioned by The Four Seasons Restaurant in 1957. Afterparty will explore this pivotal moment for downtown artists, peeling back their stories to reveal multiple layers of NYC history before the former studio is converted into commercial space later this summer.