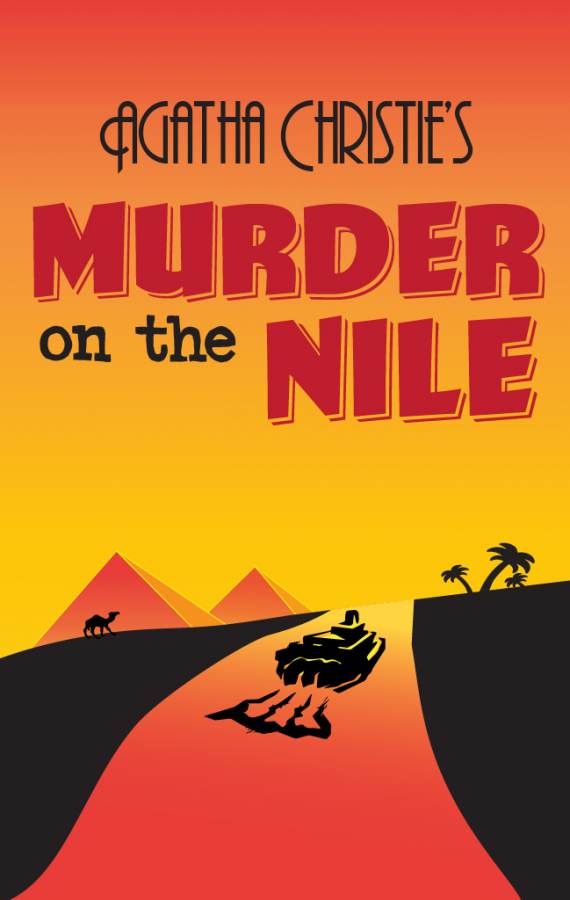 Kay Ridgeway has led a charmed life. Blessed with beauty, enormous wealth, and a new husband, she embarks on a honeymoon voyage down the Nile. Fatal circumstances await when the idyllic surroundings are shattered by a shocking and brutal murder. Under scrutiny is a multitude of memorable passengers, all with a reason to kill. The tension and claustrophobia builds, as a shocking and audacious conspiracy is laid bare.

Review: Murder on the Nile at the Players Theatre

I had to think about it for a moment, had I ever seen this play before? It’s Agatha Christie, I must have – no? And it turns out, I haven’t. But the name on the writers credit says it all – You know what to expect: A boardroom drama with various troubled and eccentric characters suddenly trying to solve a murder. This time it takes place on a pleasure boat heading up the Nile river. The play is mostly fun and jaunty, due to the direction of Mikaela Kafka, who is back directing at the Player Theaters’ ‘Murder on McDougal Series”, with actors coming out into the audience and selling beads and other wares in the aisles as the boat ‘passengers’ enter the play. This helps greatly the dated material that, to tell the truth (dare I say it) could use a bit of editing down for a 2019 audience. The list of characters include actors Mason James Mickley and Emily Brady, who both give lively performances as the young couple who just got married, the launching off point of this drama. Laurel Anderson plays a terrific scorned lover, creating the three-way controversy of the love-plot. The cast fills out with wonderful characters played by Brenda Bell, in a charming and whimsical performance as “C …Read more