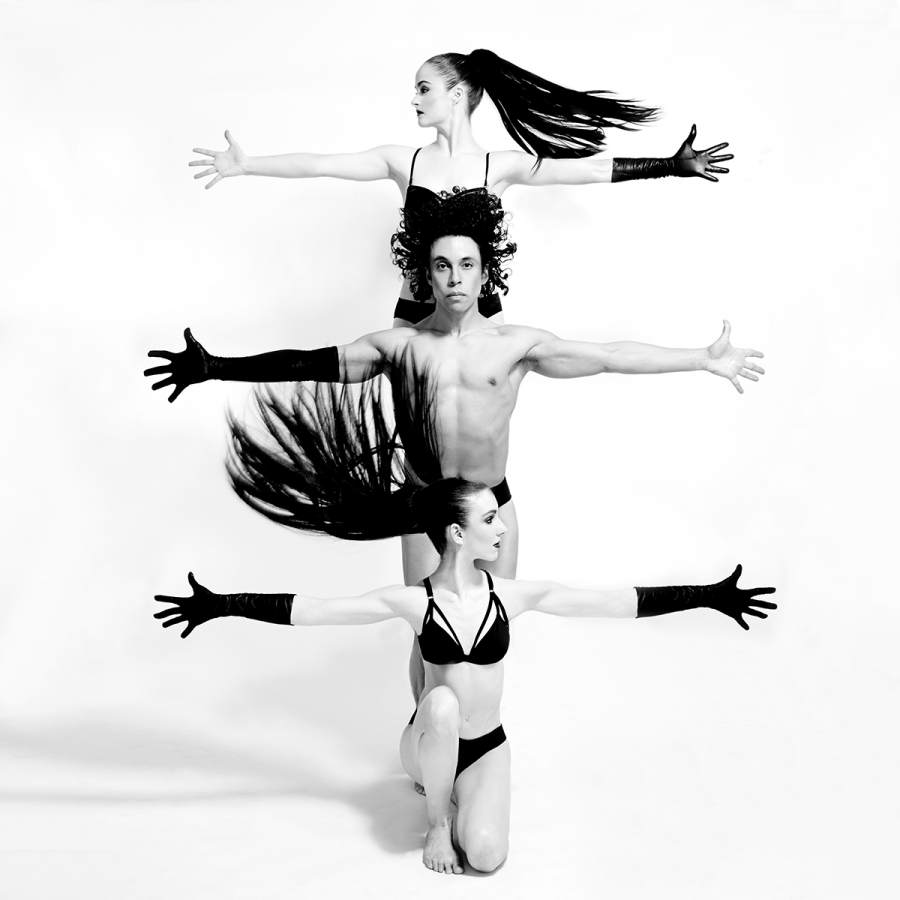 The premiere of a new ETD choreographic work, “Cycles,” commissioned by Douglas Sills of The Sills Foundation, will be presented in addition to four Eryc Taylor Dance repertory works, including the reconstruction of Mr. Taylor’s 1992 duet, “Chaise Lung.” The piece, a quirky and comical take on tango, will feature a new, commissioned score by composer Salomon Lerner, the fourth original score created by Mr. Lerner for Eryc Taylor Dance. Coaching from award winning Latin Ballroom instructor Sidney Grant contributed to the integrity of the “Chaise Lung” tango sequences.

Repertory works “Song for Cello and Piano,” “The Box” and “The Missing” will complete the program. These five original works will be presented at each program during the Eryc Taylor Dance 2017 season. Performances Oct. 13 and 14 at 8pm, and on Oct. 15 at 3pm.

· “CYCLES” (World Premiere), commissioned by Douglas Sills of the Sills Foundation, will be ETD’s first “full piece” commissioned work. A sixteen-minute abstraction of space and sea, “Cycles” brings together two weightless environments and plays with the harmony between the two. The matrix that makes up all organisms is broken down and reassembled, sparking evolution. “Cycles” use the natural movement of entropy to navigate the weightlessness and vacuum of space. Original costumes by up-and-coming NYC-based artist Ether are geometrical structures – an exoskeleton – that outline the dancer’s bodies. British electronic Artist/DJ Swarm Intelligence has created the soundscape that transports listeners into another world. “Cycles” is a commissioned work by the Sills Foundation, and is dedicated to them in perpetuity.

· “CHAISE LUNG” (1992 – duet reconstruction), a theatrically quirky and comical take on tango, is 24 years old. The work, created in collaboration with choreographer Laura Peterson, premiered at The Kunsthaus Tacheles in the former East Berlin. “Chaise Lung” was presented on tour throughout Germany and the USA, including Lincoln Center Out of Doors in 1993. Salomon Lerner’s score, originally composed by Astor Piazzolla, brings a fresh and contemporary twist to the musicality. It is the fourth original score Mr. Lerner has created for Eryc Taylor Dance.

· “SONG FOR CELLO AND PIANO” (2016), a quartet choreographed by Eryc Taylor to an original composition by friend, author, and composer Daniel Tobias, premiered in Mexico at José Peón Contreras in September 2016. The piece, which began as improvisation, evolved through score structuring and character development into a full repertory work. Dancers: Nicole Baker, Chris Bell, Graham Cole and AJ Guevara. Original hand painted costumes by acclaimed fashion designer Scooter LaForge. “Song for Cello and Piano” is a commissioned work by Michel Wallerstein, and is dedicated to him in perpetuity.

· “THE MISSING” (2010), though choreographed prior to “Song for Cello and Piano,” “The Missing” serves as the work’s sequel. A passionate score, also by Daniel Tobias, is the backdrop for a dark and haunting solo, which premiered during the Eryc Taylor Dance season at The Joyce SoHo in 2010. The original choreography, made in collaboration with former ETD dancer Michelle Pellizzon, has been reworked to reflect the evolution of the female soloist in “Song for Cello and Piano.” The Missing exposes the protagonist’s inner turmoil, coming to terms with abuse, and the struggle to rise above a dominant force. Dancer: Nicole Baker.

· “THE BOX” (2015), a collaboration between former ETD dancer Jesus Olivera and Eryc Taylor, premiered at The Teatro Armando Manzenero in Merida, Mexico and in NYC at The Alchemical Theater in 2015. Originally created for three female dancers, the work explores the inequality of female sexuality in society. “The Box” returns to the EDT 2017 season with four dancers, two male and two female, with choreography reworked to reflect a more extensive definition of sexual identity. The current political climate regarding gender and sexual identity makes the reconstruction of “The Box” particularly timely. Dancers: Nicole Baker, Alex Tenreiro Theis, AJ Guevara and Chris Bell. Original music by Salomon Lerner.

Eryc Taylor Dance was founded in 2006 with a mission to advance appreciation of dance by creating and presenting original performances, conducting master classes and workshops, and awarding grants to aspiring choreographers. The Company has been home to over twenty New York City dancers since its founding. Every year, ETD provides three emerging New York-based choreographers with $1000 grants to fund the creation of a new piece and subsequently produces and hosts a work-in-progress show featuring each of the new works.

Eryc Taylor holds a BFA in Dance from the University of the Arts, Philadelphia, Pa, and an MFA in Dance from New York University’s Tisch School of the Arts. Eryc Taylor has studied abroad at both the London Contemporary School of Dance and the Centre de Danse du Marais in Paris. Taylor has been awarded several major scholarships, including residency at Jacob’s Pillow, and spent two years with Merce Cunningham’s Junior Ensemble (RUG). He is currently on the University of the Arts Alumni Council.

The Martha Graham Center of Contemporary Dance continues in its founder’s spirit of innovation by offering world-class training in Martha Graham Technique and repertory as a foundation for excellence and engagement in the evolving art form of modern dance. Through offerings in complementary traditions, the School provides experiences that expand students’ horizons and prepares today’s dancers for the variety of opportunities they may pursue. Its studio and outreach programs promote physical strength, artistic expression, and intellectual exploration.