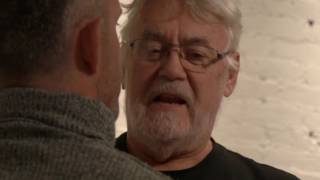 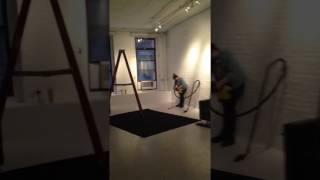 Pulitzer nominee Christopher Martin, founding Artistic Director of the CSC New York, returns to direct this revival of Old Times.
One critic said after the dress rehearsal: I was blown away. Truthfully I’ve never quite gotten Pinter before but this production made the language so clear and made me admire it and see its beauty. The cast was in totally harmony with each other and made me understand something about being human and fragile. It was beautifully directed, beautifully played and I highly recommend it.
Anna visits her old friend, Kate, at the converted farmhouse she shares with her husband Deeley somewhere on the English coast. Anna has never met Deeley. Or has she? Twenty years have passed since the two women last saw one another, and rivalry between Anna and Deeley soon ignites a dangerous game of chess, the presumed prize being Kate.