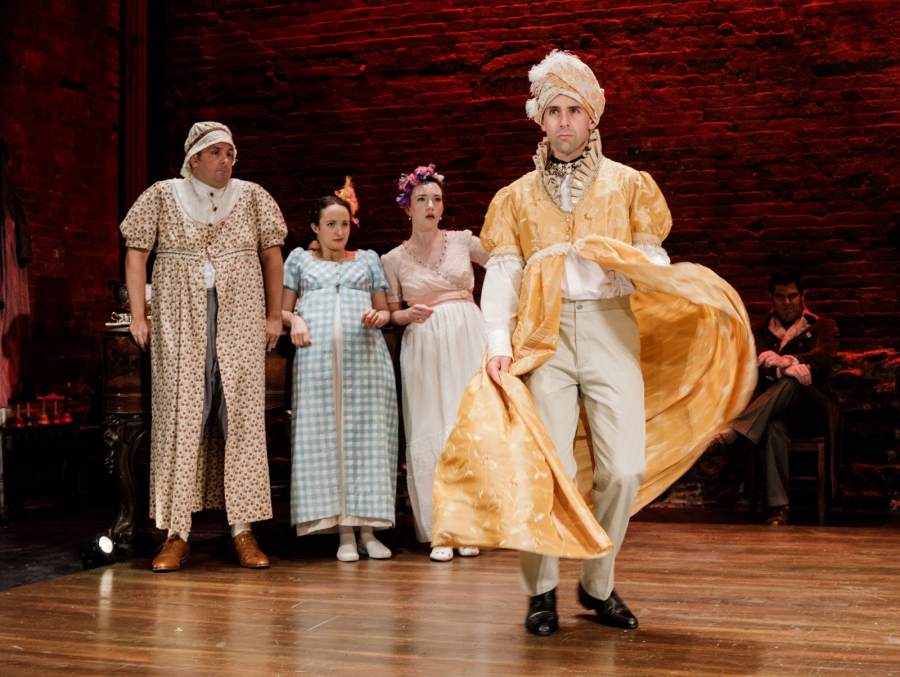 This fall, acclaimed writer and actress Kate Hamill (Bedlam’s Sense and Sensibility) will debut her playful new adaptation of Jane Austen’s classic romance, Pride and Prejudice. The outspoken Elizabeth Bennet faces mounting pressure from her status-conscious mother to secure a suitable marriage. But is marriage suitable for a woman of Elizabeth’s intelligence and independence? Especially when the irritating, aloof, self-involved… tall, vaguely handsome, mildly amusing, and impossibly aristocratic Mr. Darcy keeps popping up at every turn?! What? Why are you looking at us like that? Literature’s greatest tale of latent love has never felt so theatrical, or so full of life than it does in this effervescent new adaptation.

Director Amanda Dehnert pairs up with playwright and actress Kate Hamill for a production of Pride and Prejudice at Primary Stages that is ridiculously fun, intoxicatingly spirited and deeply moving. Ms. Dehnert, an innovative and critically acclaimed director who regularly directs at the Oregon Shakespeare Festival as well as many regional theaters including Arena Stage, South Coast Repertory and Lookingglass Theater, is also an Associate Professor of Theater at Northwestern University. She brings a unique theatrical inventiveness to productions that range from Shakespeare (an all-female Julius Caesar) to big Broadway musicals (an exquisitely intimate My Fair Lady) to original stories (The Verona Project). Her work has been seen in New York at The Public (Richard III) and recently, in tandem with conductor/musical director Marin Alsop, a spectacular West Side Story for Carnegie Hall/Weill Music Institute and the Knockdown Center in Queens that brought professionals, high school students and community members together on stage and gave the audience an immersive experience of this great musical. With a generosity of spirit that radiates over the telephone lines, succinct eloquence a …Read more