POST A SHOW
The Old Razzle Dazzle-An Evening of Lies, Lying and Liars
Cabaret, Off-Off, Other, Other Music 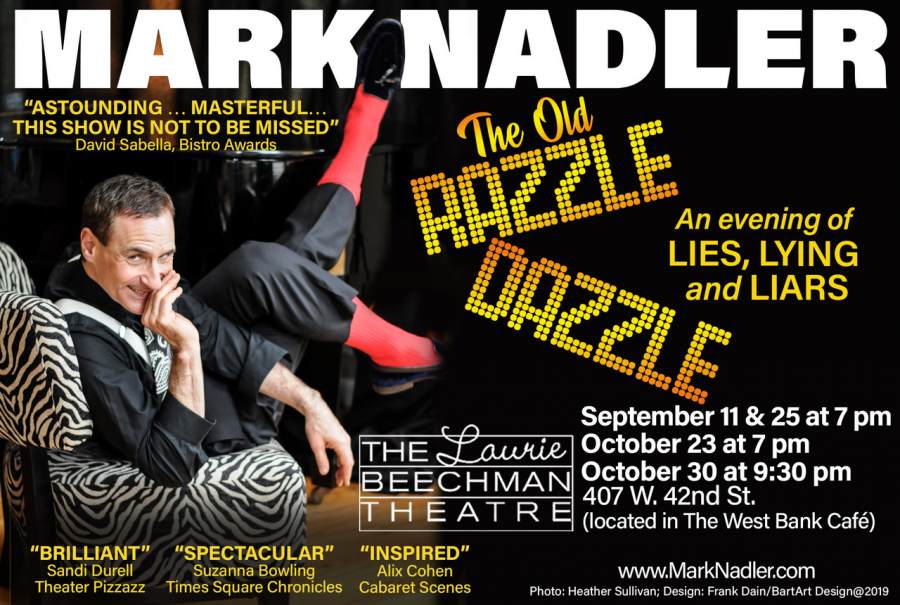 Songs – including Dave Frishberg’s “Blizzard of Lies,” celebrating classic white lies, to the lies that lovers tell, as in Murray Grand and Elisse Boyd’s ”Guess Who I Saw Today My Dear” to Friedrich Hollander’s “Münchhausen” and several classic favorites for kids in which the Tooth Fairy, Santa Claus and the Stork make appearances – illustrate, without judgement, this unavoidable part of human nature. Mark’s performance builds to a dramatic conclusion with a tour de force singing, piano-playing and tap-dancing version of Kander and Ebb’s “Razzle Dazzle” that must be seen to be believed. The dance was choreographed by Germaine Salsberg.

Into The Night
ARTAUD MARAT
Muffins In The Window: The Longest running Variety...
Broadway Stars Joing International Concert and The...