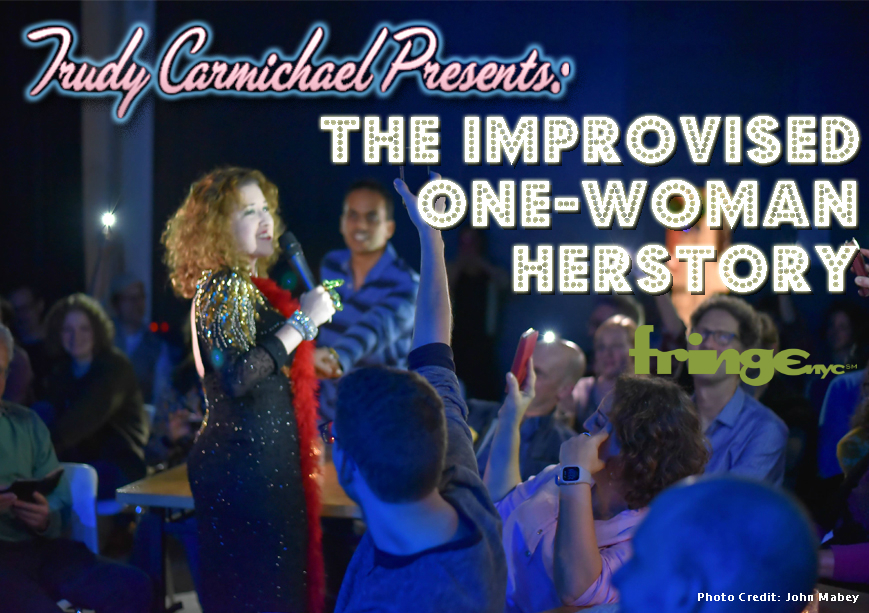 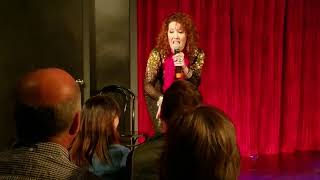 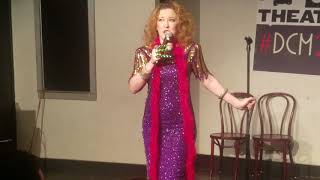 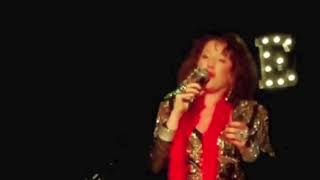 Fabulous Las Vegas lounge legend, Trudy Carmichael along with her band, The Trudy Carmichael Orchestra will take an audience suggestion of an historical/fictional female figure (plus a few of their personal effects) and create an entirely improvised, hysterically historical, ONE-NIGHT ONLY musical before your eyes!

A diva in her own right, Trudy has been desperate for the opportunity to play a truly gratifying role worthy of her talents. Now, with the help of her audience, she will finally have the chance to channel the lives of other fabulous women throughout history and give them new life through storytelling and song (accompanied by “Frankey Keys” Spitznagel on the keys, “Stevey Skins” Whyte on the drums and “Dan the Brass Man” Reitz on the Brass.) SM, Shane Taymor (portrayed by Sean Taylor) will procure the suggestions.

Show creator and performer, Robin Rothman explains, “I have been yearning for the opportunity to highlight strong female characters, many of whom remain underrepresented in the theater, in a bold and humorous way. The biggest reward of performing an entirely unscripted piece is that the audience becomes my collaborator. Each performance is unique to that particular audience and we all get to unwrap the show together moment by moment. The show is ever-evolving, dangerous and daring. You never know what you’re gonna get and no two shows are ever alike. That is the gift that improvisational theater keeps on giving!”

TRUDY CARMICHAEL (Portrayed by Robin Rothman) made her first NYC stage appearance in the Las Vegas-inspired musical improv revue, The Royal Flushes at The Upright Citizens Brigade in 2005. Trudy continued to perform in both improv comedy and cabaret venues around NYC before landing a permanent gig at the Magnet Theater as the host of the Musical Magnet Mixer in 2009 for The First Annual New York Musical Improv Festival. In addition to hosting the Musical Mixer, she has served as Mistress of Ceremonies for a variety of private and charitable events including Covenant House International, Upper West Side Campaign Against Hunger and The Lesbian & Gay Big Apple Corp Marching Band.

FRANKEY KEYS (Portrayed by Frank Spitznagel) is the Musical Director at Magnet Theater, NYC and a piano accompanist who plays for countless musical improv groups such as Baby Wants Candy, Premiere, The Musical Magnet Mixer and all eight musical improv House Teams at Magnet Theater, NYC. Frank has composed for Comedy Central and the Aspen Comedy Festival and his work can be heard on several studio recordings. He accompanied Itzhak Perlman in an original jazz composition by Benny Golson at Lincoln Center. He also played the American premiere of The Hired Man Off-Broadway. He has served as musical director for productions such as Nunsense (all incarnations), A Chorus Line, Chicago City Limits, and several original musicals. Frank is a graduate of the Boston Conservatory of Music, where he studied piano performance.

STEVEY SKINS (Portrayed by Steve Whyte) is a drummer, Moth GrandSlam champion and three-time StorySlam winner as well as a member of the musical improv house team, Goats at the Magnet Theater. In addition to performing with past ensembles, BEEES! College, DAVID! and The Stragglers, he has also performed improvised percussion for Choral Rage, The Made Up Musical and Baby Wants Candy.

DAN THE BRASS MAN (Portrayed by Dan Reitz) is the musical director of the musical improv shows Baby Wants Candy, Your Love Our Musical, Vern, and Blank! the Musical. His credits include Off Book, North Coast, Premiere: The Improvised Musical and Musical Megawatt. He has taught musical improv comedy around the world including at Princeton University, The New York Film Academy, Sarah Lawrence College and the Edinburgh Festival Fringe.

Muffins In The Window: The Longest running Variety...
Trudy Carmichael’s Character Cabaret
In Your Face-New York — a live variety show ...
Off the Top – Jason Kravits – As Part ...