POST A SHOW
Yoshiko Chuma and The School of Hard Knocks
Dance, Off-Off 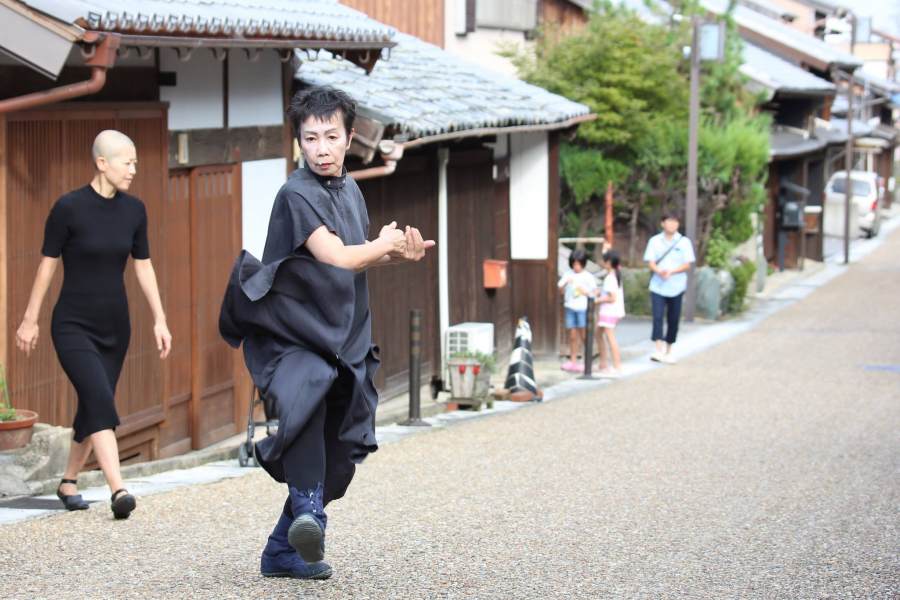 Yoshiko Chuma returns to La MaMa with Love Story, The School of Hard Knocks, the latest chapter in her ongoing multidisciplinary performance series. The 24-hour livestreamed performance will feature an international cast of more than 50 artists from four decades of collaboration including veterans of The School of Hard Knocks and a new generation of artists from New York, Ankara, Tehran, Hong Kong, Berlin, Tokyo, Los Angeles, Brussels, Kabul, Palestine, and Dakar.

With her newest work, maverick choreographer, performer and instigator Yoshiko Chuma celebrates 40 years of developing collaborations, conceptual structures, and provocative performance art with her award-winning collective, The School of Hard Knocks. Chuma’s original and decidedly unclassifiable work, described as “a mixture of play and seriousness, anarchy and reflection” (Dance Magazine), tries to capture the contemporary world in all its complexity: speedy, multifaceted, diverse, both conceptual and concrete.

Through an assemblage of films, dance, music, visual art, and narratives, Love Story serves as a performative “documentary” where personal and cultural history meet the present. Love Story traces its inspiration to a 24-hour production Chuma presented at P.S. 122 in 1985 and other early collaborations in New York City, including Five Car Pile-Up. The performance will feature special guests and people important to the life and work of Yoshiko Chuma and the development of The School of Hard Knocks. They will be featured via a mixture of live performances, digital performances, and archival footage.

Love Story continues Chuma’s lifetime investigation of ideas regarding national security, perceived dangers within borders, immigration, and war. Now, in the face of the global pandemic, she turns to the ephemeral spaces online to forge connections between herself and her collaborators. Using livestreaming, live-video-mixing, and the ubiquitous tools of social conferencing, Love Story creates a new space for artists to find connection, explore ideas, and translate them into a theatrical language.

Harlem Air Shaft
The Pigeon & The Mouse: The Film
Duets of Difference: What Matters to Us
Fragments