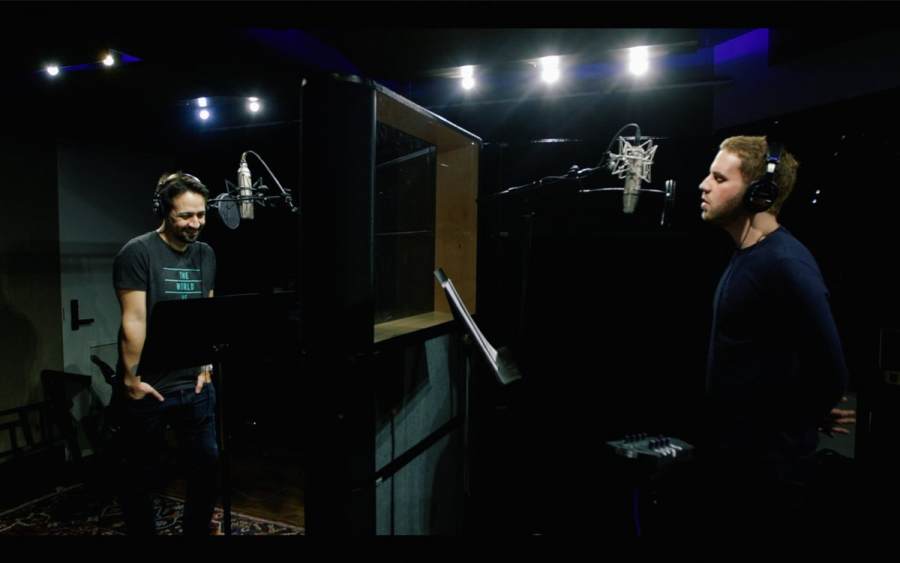 Fans of Hamilton and Dear Evan Hansen are in for a treat! Hamilton creator Lin-Manuel Miranda and Dear Evan Hansen star Ben Platt have released a mashup called "Found/Tonight," which mixes lyrics from Hamilton's "The Story of Tonight" and Dear Evan Hansen's "You Will Be Found." And if that news isn't good enough for you, they've announced that proceeds will benefit March for Our Lives, the nationwide protest on March 24 that Parkland students have organized in an effort to stop gun violence.

“In the wake of Parkland, I was awestruck by the strength and leadership of the students and their ability to speak truth to power,” Miranda said in a press release for the song. “In the midst of their grief, they mobilized the youth of our nation and created a movement. This is their moment. Not just for themselves, but for all of us. This song is my way of helping to raise funds and awareness for their efforts, and to say Thank You, and that we are with you so let’s keep fighting, together.”

Platt also released a statement, saying: “These students are paving the way for future generations and it’s so inspiring to see young people standing up for what is probably the most important cause right now in this country, and demanding action. I hope that this song can play some small part in bringing about real change.”

The pair have also just announced today that they will be performing the song at the march in DC -- and marching alongside the Parkland students:

Yeah we will. #MarchForOurLives https://t.co/wIm1YjjEHP

Unbelievably proud to say I get to march with @Lin_Manuel alongside the incredible students of #MarchForOurLives in DC on Saturday, and perform #FoundTonight. It’s been a privilege to follow their example and it’ll be a privilege to stand beside them. #GunControlNow pic.twitter.com/yUyyol8Z0D

Check out the link below to stream and buy "Found/Tonight", and find out about your local #MarchforOurLives protest here.

The Dear Evan Hansen vibe was strong at BroadwayCon 2018. And most of Evan’s fans showed up for the Dear Evan Hansen Show Spotlight on Saturday. Dave Quinn of People Magazine chatted with book-writer Steven Levenson and actors Noah Galvin (playing Evan through February 4th) and Taylor Trensch (who will take over the role starting February 6th). Here’s what they talked about: How they got their start in showbiz The first Broadway show Noah ever saw was You’re A Good Man, Charlie Brown starring Kristin Chenoweth. At age ten, he remembers singing over the phone for an acting agent, then auditioning and getting into the national tour of Les Miserables. “I played Javert,” he joked. After that, as he tells it, he played the small child in most musical readings, and worked in L.A. on The Real O’Neals TV show. For Taylor, it was The 25th Annual Putnam County Spelling Bee and The Light in the Piazza. He saw both Broadway shows in one weekend and in his words, “I was changed.” Steven grew up on Starlight Express, and was always singing the songs as a kid. His love of the show eventually turned into a love for theatre, and his passion for playwriting was born. How the audition went down Accor …Read more