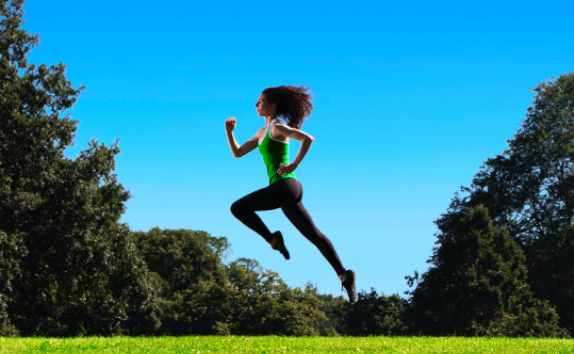 ENDURE: Run Woman Show, an immersive theatrical experience in Central Park based on the real-life struggles of runners, has extended to August 22nd due to critical acclaim and popular demand.

Created, written, and narrated by Melanie Jones, ENDURE tells the story of a woman running her first marathon, and the events in her life that propel her to the race. Directed by Suchan Vodoor, the show explores human resilience from inside the lived experiences of athletes and celebrates the creative potential of sport to tell deeply human stories.

Additionally, an open rehearsal of MOTHER, a new chapter of Run Woman Show, will take place on Friday, August 6, at 1pm.

“Bracing and beautiful,” declared Laura Collins-Hughes in her New York Times Critic’s Pick review, adding, “Endure is a play about survival and aspiration and excellence, about having yourself for company over the long slog, about building strength in pursuit of a happier life… it is absolutely intoxicating.” Edward Mylechreest in No Proscenium wrote, “This fantastic piece of immersive theatre is absolutely worth the wait. It is a beautiful story, told in an exquisite manner, that I think can connect with so many people. Lace up your shoes, and run to get a ticket for this truly excellent show.”

ENDURE: Run Woman Show is, quite literally, a walk in the park. Equipped with a sanitized and synchronized audio player, audiences will follow one performer (Mary Cavett or Casey Howes) on a winding and circular 5K / 3.1 mile journey. Audiences are not required to run. As park goers listen to the inner monologue of the athlete voiced by Jones, they’ll not only be greeted by the natural beauty of Central Park but also the vulnerable and transformative thoughts of the runner. Set to a musical soundtrack by Swedish composer Christine Owman, the intimate audio serves as a backdrop to the highly physical live performance unfolding in front of audiences.

“When I discovered running, I realized that the stronger I got on the outside, the stronger I felt on the inside,” said Jones, 45, who has completed four marathons and one Ironman. “Long-distance running, at its best, is a spiritual experience: uplifting, clarifying, transformative. A runner feels connected to their environment, their best self, even humanity. My hope is that ENDURE gives audiences a sense of that tranquility and peace.”

Performances of ENDURE: Run Woman Show continues through August 8 with performances scheduled Wednesday–Sunday at 6pm and 6:30pm and Friday and Saturday 2pm and 2:30pm. Tickets can be purchased at https://runwomanshow.com/.