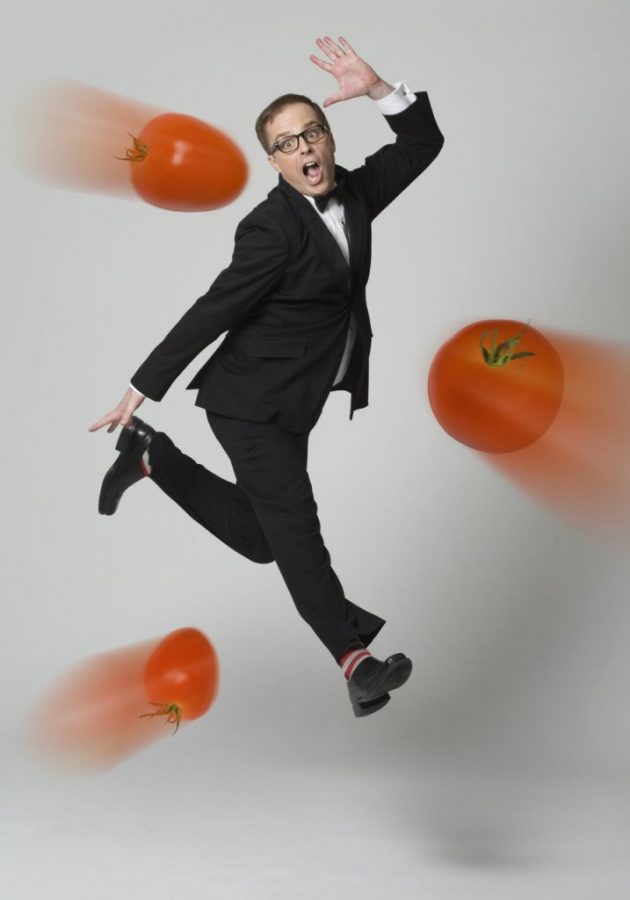 When Peter Michael Marino gets up on stage, his comfort and casual demeanor make the audience feel as if we were in his apartment for an intimate gathering. This feeling of intimacy, as it turns out, is appropriate: it's not long before he starts sharing his very personal story about a West End musical flop.

Directed by Obie-winner John Clancy, “Desperately Seeking the Exit” is Marino's account of the events that led to him write, promote, raise $6 million for, and finally mount a theatrical version of “Desperately Seeking Susan”.  As Marino will be the first to tell you, it is also the story of how the show folded just a few weeks later.

Throughout this solo talk/lecture/stand up/musical -- which oddly features the music of Blondie rather than Madonna, who starred in the movie version -- Marino is terribly funny, horribly humorous, and endlessly charming. He is also quite candid on many aspects of his theatrical sojourn, including his own successes and pitfalls, and those of other folks, as well.

Marino is traveling with the show, which has been included in the 2012 Edinburgh Festival Fringe among other spots. For more information, check out the website: https://www.seekingtheexit.com/desperately/DSE.html