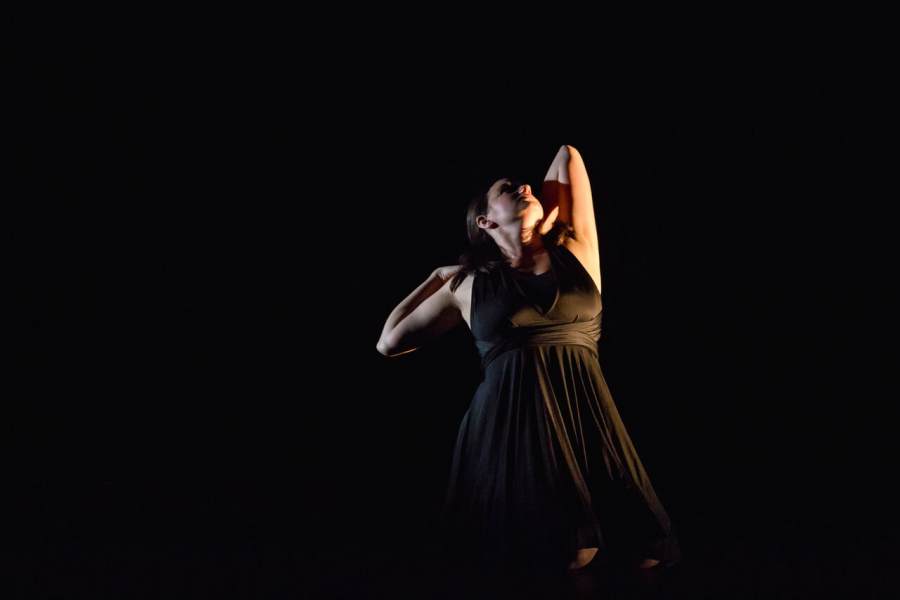 The most cogent, resonate takeaway from Ariel Rivka Dance is the choreographic checklist that appeared within each work presented. Grossman’s proclivities appeared in the form of: longing reaches to unattainable diagonals, one bent leg as the other extends to the side or back (I’m calling these the Rivka ronds en l’aire and développé battements), undulating spine often associated with lyrical jazz, chaînés with unfolding arms, still images followed by scattering dancers with billowing limbs, and touching the face and/or neck in a stylistic way. After a single evening I feel unexpectedly proficient in the Ariel Rivka Dance aesthetic.

I became so transfixed by the overuse of repetition and movement choices that the meaning or integrity (if it surpassed the “doing” of dance) was lost to me. The purpose of viewing became the conscious effort of discerning the differences between each dance. I felt I had to! The program separated the five works as distinct. The costumes changed. The titles varied. However, ideas and choreographic relationship to the movement and music -- which did not really change as much as present nuance in tempo -- remained consistent and led audiences to connect what could be unrelated dances. Each was a slight variation on the same theme. 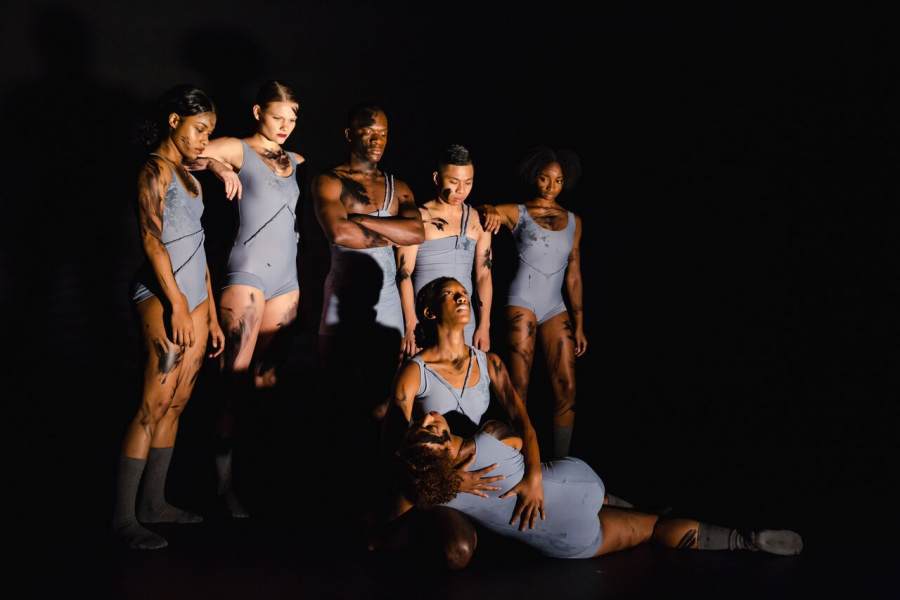 Lights fade up to reveal dancers posed majestically in the fashion of Jules Perrot’s Pas de Quatre. Minutes later we see a similar framing of the dancers. The evening continues with static posing as an obvious motif (e.g., the framing of an illuminated box and held contractions on the floor). This was consistent with musicality, movement choice, and performer’s emotive quality. Oh man, can they emote! The hastened tempo of each dance appeared dynamic and interesting at first but quickly became redundant. I am curious if Grossman intended for the evening to be considered as a series of micro-studies. Perhaps the concert is an aggregation of these studies that form one cohesive ode to her unique interpretation of romanticized contemporary dance?

I was reminded throughout the evening of the responsibility choreographers often impart on their audiences. I am not implying audiences should be passive in their viewing of dance performance. Conversely, choreographers often employ tactics that inspire inquisition, but this design is a conscious, purposeful endeavor. When audiences are expected to dissect a series of dance works appearing similar in movement, emotion, musical score, and theme, the prospect of being a removed bystander is revoked. They become the interpreter discerning the separate yet unmistakably similar ideas. More specifically, they inherit the job of interpreting the intentionality, mindfulness, and execution of the evening instead of the intended content, underlying message, and connectedness to the performance. Are the separate works related? Should I see them as connected or a through line? Why is repetition appearing so clearly and consistently, and what is the choreographer trying to draw from this choreographic device? Are these the questions intended by the choreographer?

A welcomed reprieve from the Rivka motif emerged in the form of guest choreographer, Chanel DaSilva. Susan (2016), a high-impact, dynamic octet, embodied the visceral reactions to desperation and being ostracized. Dancers trembled noticeably, often accompanied with labored breath, as they moved within the confines of sparse lighting that never seemed to truly illuminate their unfolding experience. The uniformity of mud stroked across unitards leads audiences to believe this ordeal is a continuation of a struggle encountered prior and experienced to varying degrees by all. Antagonized moans and grunts partnered with the unconventional acoustics of unconventional drums filled the venue and amplified the distress. The two soloists -- DaSilva and Mia Brice -- are the victims of the social isolation as the ensemble circle and instigate the quick, ferocious movement, supported partnerships, and gestural phrases. There was a loss in clarity within the movement quality of the ensemble when compared to DaSilva (a stunning, masterful mover). Nonetheless, Susan was thoughtfully constructed and clearly executed.