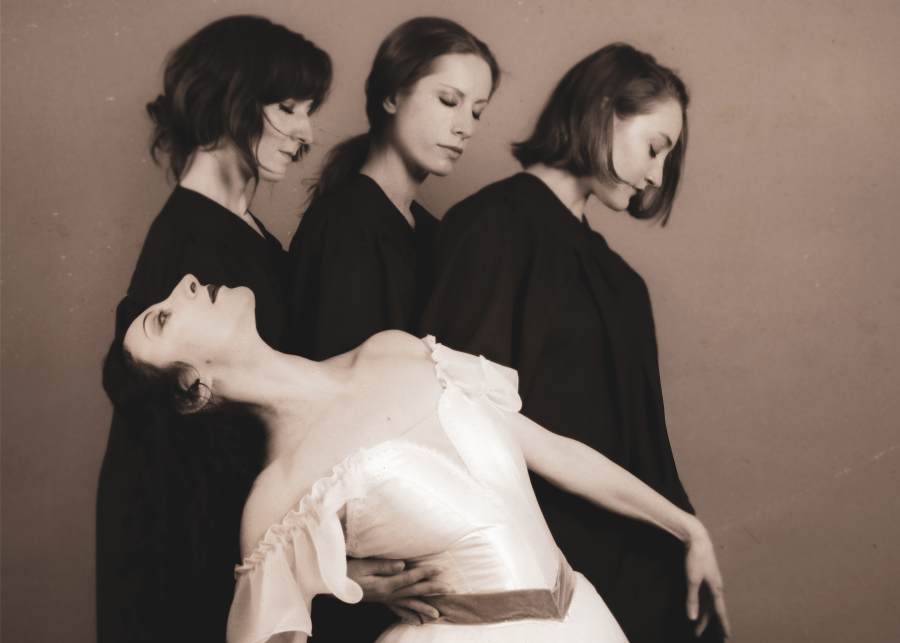 The true story of Franceska Mann, a Polish-Jewish dancer who demonstrated resistance and strength amid the horrors of the Holocaust. When Mann was brought to Auschwitz, she and the other arrivals were sent to the gas chambers and told to remove their clothing. According to eyewitnesses, Franceska performed a distracting striptease, after which she managed to grab a gun, shoot, and fatally wound one SS Guard and injure a second, before her own subsequent death. Her actions in Auschwitz tell the story of a woman desperate to spare her life and others, using the tools she gathered as a ballerina in occupied Poland. Told through a unique blend of dance, opera and theater.

THE FINAL VEIL is created by Cassandra Rosebeetle and JL Marlor featuring choreography by Katherine Crockett and Cassandra Rosebeetle and a score and libretto by JL Marlor using a live string quartet and four women singers to draw upon a rich history of Polish folk song and German cabaret music sewn together with contemporary classical music, underground jazz and 1930’s era Yiddish folksongs. It also includes text written by Kate Mulley.