As a response to the COVID-19 pandemic, Beat by Beat Press has introduced the world's first virtual children's musical, The Show Must Go Online!, created in less than three weeks with the goal of helping theatre groups continue to perform in these times of social distance.

In this first-of-its kind production, up to 20 young actors receive a one to two-minute scene/song to rehearse, video record, and upload. When the videos are played in order, they tell the hilarious story of a group of passionate students desperate to keep their annual musical alive...online...

"It broke our hearts to hear that so many theatre performances had to be postponed or cancelled," said Denver Casado, founder of Beat by Beat Press. "This means that thousands of young actors out there won't get a chance to take to the stage in person and together. We wrote this musical as a way for children to work together as an ensemble - while staying safe in their own homes."

The piece can be licensed for only $149. The Show Must Go Online! runs 30-40 minutes and is written for a cast of 20 actors aged 7-14. The work is offered with a Pay What You Can model, which empowers those with various financial constraints to still put on a show. School and theatre groups receive Actor Scripts, Virtual Production Guide, Music Lead Sheets, Logos, and Vocal and Accompaniment Recordings. The show's production materials are available after purchase for instant download at http://www.bbbpress.com/musicals/the-show-must-go-online/ 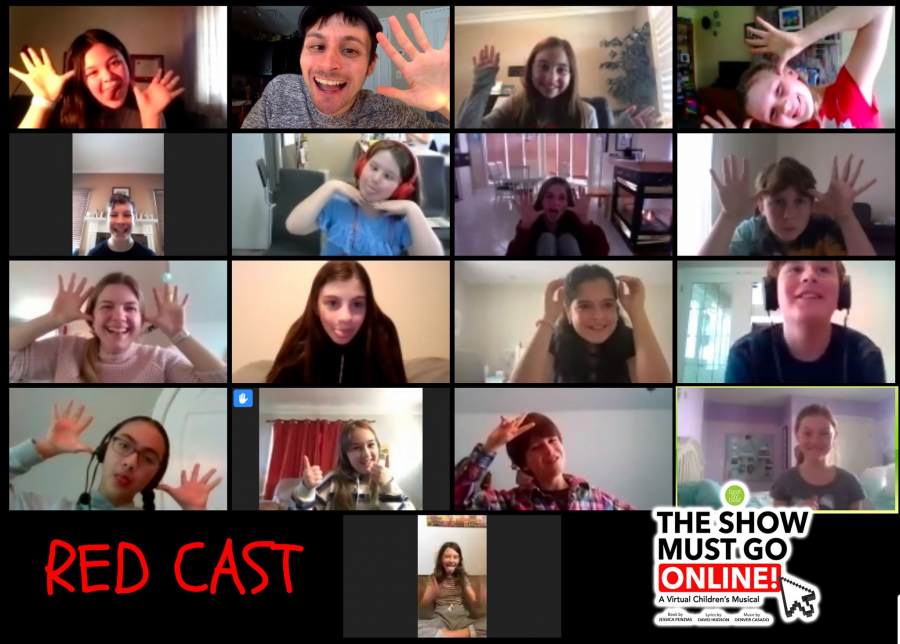 312 productions have already been licensed by elementary schools, middle schools, youth theaters, performing arts academies and non-profit community organizations in nearly a dozen countries, with approximately 35% of licenses granted through the Pay What You Can model.

"It was incredible to see the outreach and offerings of help within our community. Everyone wanted to be a part of this very special project because they saw the value it could bring to theatre kids everywhere," Mr. Casado continued. "Our writing team realized early on that the format of a traditional musical would not work remotely, as group singing on Zoom can be a disaster, so we built this show from the ground up. We considered what kids and drama teachers are going through at this time and worked those themes into each scene - including the antics and technical mayhem that comes with performing a musical online. The result is a comedic and fun storyline designed to lift spirits when we all need it the most." 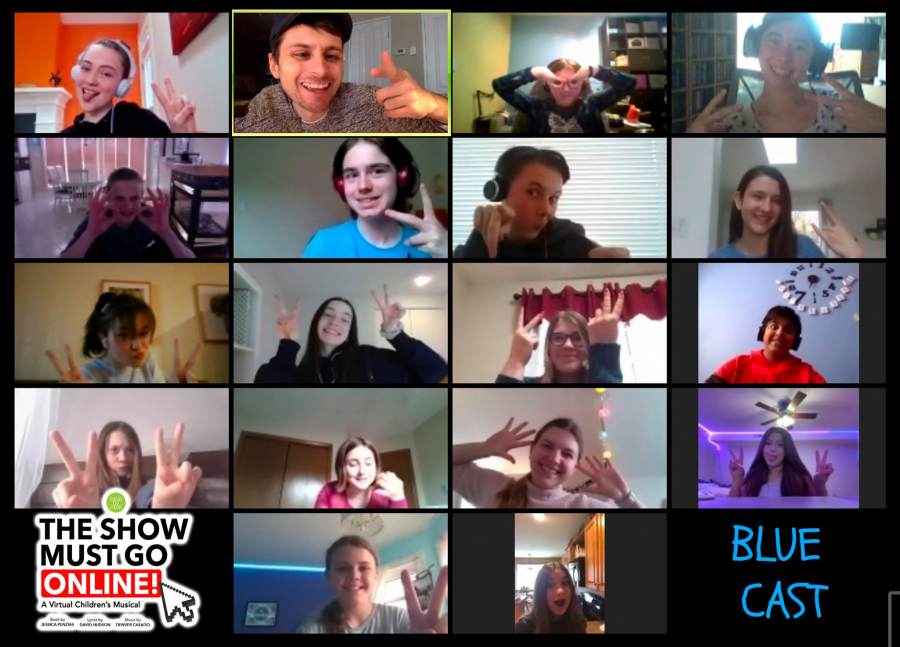 Jessica Penzias (Book) is an award-winning librettist and playwright. Her works include the Beat by Beat musical BOTS! (with Denver Casado and Christyn Budzyna), The Prince's New Pet (with Anthony De Angelis and Christyn Budzyna), From The Mixed-Up Files of Mrs. Basil E. Frankweiler (with Adam Ben-David and Christyn Budzyna), The Fox Sisters (with De Angelis and Budzyna), Dime A Dozen, and The Whole Damn Thing. Jessica is a proud member of the Dramatists Guild of America, the Tony Award-honored BMI Lehman Engel Musical Theatre Librettists' Workshop, and the 92Y Musical Theater Development Lab. She was awarded the Jerry Harrington Award for Outstanding Creative Achievement in 2016. As an associate at Jill Furman Productions, Jessica aided in the development and production of Hamilton and Rodgers and Hammerstein's Cinderella. She holds a degree in creative writing and theatre arts from the University of Pennsylvania. You can visit her website at JessicaPenzias.com.

Dave Hudson (Lyrics) is a two-time winner of the Richard Rodgers Award for new musicals (with Paul Libman). Hudson's work has been produced primarily in the Midwest, but his shows have been seen from coast to coast, and as far away as Scotland and Thailand. Although he only officially started writing musicals in 2002, he already has over 25 musicals to his credit. Equally at home in the youth market and professional arena, Dave's work on the book and lyrics to a huge catalog of musicals reflects his love of literature, as well as his irreverent sense of humor.

Denver Casado (Music) is an award-winning musical theatre composer/lyricist, arts educator and founder of Beat by Beat Press. His 13 musicals have been featured off-Broadway and in over 61 countries around the globe. The New York Times called his writing "...tender and moving". As an author, Denver's books on teaching theatre to young people have become an industry standard and have sold over 50,000 copies. Denver is a regularly invited speaker at the national conferences of the American Association of Community Theatre and the American Alliance for Theatre Education. Denver is an alumnus of the Tony Award-winning BMI Musical Theatre Workshop and holds a degree in Music Technology and Composition from New York University.

About Beat by Beat Press
Beat by Beat Press is the world's leading provider of new musicals and theatre resources for young actors. Created by a team of award-winning playwrights and arts educators in NYC and Los Angeles, each musical has been built from the ground up with young performers in mind. Since 2011, Beat by Beat's 13 musicals have received more than 3,400 productions in 61 countries around the globe.