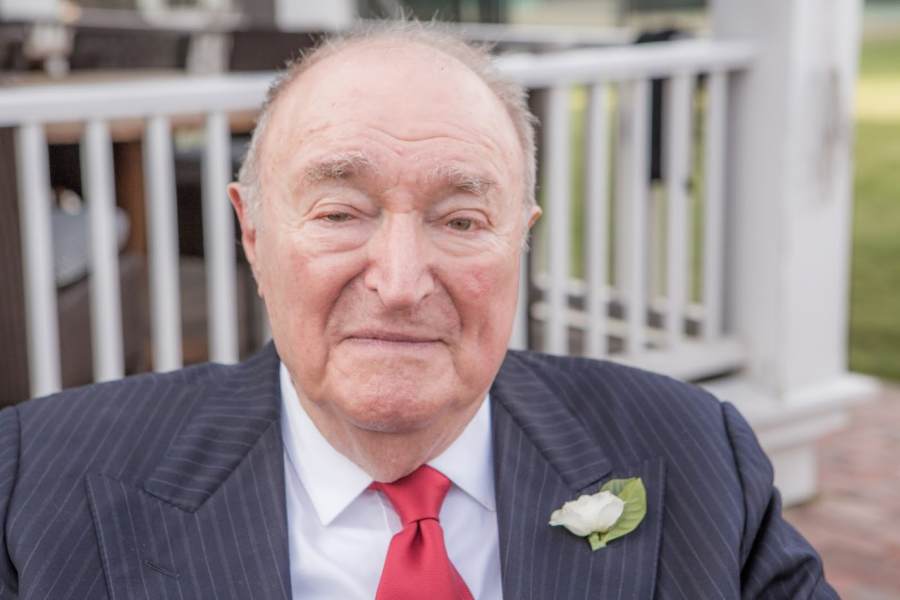 As a producer, he was instrumental in bringing to the stage the early work of many of America’s finest playwrights including William Alfred, Ed Bullins, Maria Irene Fornes, Jonathan Reynolds, Ronald Ribman, Sam Shepard and Steve Tesich. He introduced plays by writers such as Robert Lowell, Joyce Carol Oates and Sylvia Plath and presented many noted writer/performers early in their careers including Bill Irwin, Eric Bogosian, and John Leguizamo. One of this city’s most revered acting teachers for over 65 years, he trained thousands of actors including Alec Baldwin, Kathleen Chalfant, Michael Douglas, Richard Gere, Raul Julia, Frank Langella, Christopher Walken, Denzel Washington and Joanne Woodward.

His life and career have been documented in "Wynn Place Show: A Biased History of the Rollicking Life & Extreme Times of Wynn Handman and The American Place Theatre" by Jeremy Gerard (Smith and Kraus Publishers, 2014) and the documentary film, "It Takes a Lunatic," produced and directed by Billy Lyons, co-directed by Kim Ferraro and Seth Isler (Netflix, 2019).

Wynn Handman was born May 19, 1922, the son of Nathan Handman, a Jewish immigrant from the area of Minsk, Russia, and Anna Kemler, an immigrant from Plonsk, Poland.  He grew up in Inwood, where he attended local public schools and graduated from CCNY in 1943, majoring in English.  As a young man, he performed as a saxophonist in small jazz ensembles that played the Catskill resorts.

In World War II, he entered Officers Candidate School and was commissioned as an officer in the Coast Guard in July 1943.  His principal service in World War II was as a junior officer aboard the USCG Storis, a light icebreaker and medium endurance cutter which escorted freighters in the North Atlantic, patrolled the east coast of Greenland, and captured the crew of a German weather station that had been established to direct bombers attacking Britain.  As the war was winding down, he was transferred to Key West, where he conducted antisubmarine warfare training aboard the USCG Huron.

Aboard the Storis, he regaled his shipmates with short comic performances and when he returned to New York after the war, he attempted to enter acting school on the GI Bill.  He was unable to enter the American Academy of Dramatic Arts because he was one of too many servicemen applying after the war.  Fortunately, he was referred to the Neighborhood Playhouse, where his genius was easily recognized and he became a protégé of the legendary acting teacher Sanford Meisner, who soon took to calling him Konstantin (a reference to Stanislavski) and started Handman's directing career in 1947 by referring him to the summer stock theater in Olney, MD.  Handman studied at the Neighborhood Playhouse from 1946 to 1948 and taught there from 1948 to 1955.

Handman met his wife-to-be, Barbara Ann Schlein, in 1948 and earned a degree in Speech Therapy at Columbia and taught speech at Adelphi College to prove to her parents that he could support her.  Barbara ("Bobbie") Handman became a behind-the-scenes force in Democratic politics and an arts activist, known for her role in preserving historic Broadway theaters. She was executive vice-president and NYC office director of People for the American Way from 1981 until 2003.  Wynn reminisced to his acting classes that his process in selecting plays for The American Place Theater involved reading them aloud to Bobbie late in the evening.  She was awarded the first National Medal of Arts for Advocacy.  She died in 2013.

Wynn began teaching his own professional acting classes in 1952 and broke with his mentor, Sanford Meisner, in 1955.  He established The American Place Theatre in 1964, but never taught acting there, preferring to operate in small, unconventional studio settings.  In the early 50's, these were initially located on Sutton Place South, the Hotel Diplomat on 43rd Street, and in a carriage house on West 56th Street.  From 1955 to 1982, he operated out of a studio (sharing it with two protégés, Bob McAndrew and Fred Kareman) on the second floor of a carriage house on West 56th Street facing Carnegie Hall.  It was painted in tile red and furnished with a creaky wooden school desk (where he sat) and salvaged wooden auditorium seats.  Its warmth and funkiness were chemical to him and he transported its seating and décor into a studio he established in 1983 on the eighth floor of Carnegie Hall and in 2008 on the tenth floor of 244 W 54th Street.

In his late thirties, Handman was seized with an idea for a noncommercial theater with a subscription audience to provide a platform for new works--the kind that would not otherwise see the stage.  He mapped out his vision in diary notes on Fire Island in 1961 and went on to realize it when he founded The American Place Theatre with Sidney Lanier and Michael Tolan.  The company debuted in 1964 with productions at St. Clement's Church, 423 West 46th Street, where Lanier was pastor.  Its first offering was "The Old Glory," a trilogy of three one-acts by the poet Robert Lowell, that was a sensation, winning five Obie Awards including Best American Play.  In 1970, The American Place moved to a custom-built basement complex at 111 West 46th Street, where it operated until 2002.

Beginning in 1994, The American Place Theatre entered a new phase of its creative life with the inception of its Literature to Life program, which created verbatim adaptations of significant works of American literature to excite literacy in young minds.  Its productions were performed by solo actors and were offered to middle schools and high schools.  Beginning in 1994, the program created a stage version of Toni Morrison's "The Bluest Eye" and went on to develop productions based on Ray Bradbury's "Fahrenheit 451," Tim O'Brien's "The Things They Carried," Richard Wright's "Black Boy," Jonathan Safran Foer's "Extremely Loud & Incredibly Close," Sue Monk Kidd's "The Secret Life of Bees," Khaled Hosseini's "The Kite Runner," Lois Lowry's "The Giver," Junot Díaz' "The Brief Wondrous Life of Oscar Wao" and Piri Thomas' "Down These Mean Streets." Most of the projects were directed by Handman and many were directed by Elise Thoron, who heads the program now.  Project 451, a funding initiative of Literature to Life, was started during the 2008/2009 season to ensure that reading, writing, and the arts remain a primary component of the education of young American citizens.

Handman trained his acting students in a deep sense of reality and to approach their work in stages of rehearsal.  His operative philosophy was to act each genre of theater according to its own needs.  His teaching was not dogmatic; its success was largely due to his uncanny ability to sense the creative needs of his students and the soundness of his techniques of character development and use of language.  Toward the end of his life, Handman offered special summer sessions focusing exclusively on Shakespeare, Shaw and the Greeks.

He continued steadily teaching four acting classes a week until March 9, 2020 when many such gatherings were suspended in New York due to the Covid-19 pandemic.  Although he was physically frail, he was enabled in his late teaching career by the staunch support of his protégé Billy Lyons, who had managed the Wynn Handman Studio since the early 2000's, performed the Literature to Life production of "The Things They Carried" by Tim O'Brien, and who documented Handman's creative life in the film, "It Takes a Lunatic" (Netflix, 2019).

The American Place Theater received several dozen Village Voice Obie Awards including a grant and citation for "uncompromising commitment to unconventional and daring plays" in 1982.  It received AUDELCO Awards for excellence in Black Theatre for its productions of "Williams & Walker" by Vincent Smith, "Ground People" by Leslie Lee, "Zora Neale Hurston" by Laurence Holder and "Fly" by Joseph Edward.  It received The New England Theatre Conference Special Award for pioneering in the aiding and encouragement of the craft of playwriting for writers in other literary fields and The Margo Jones Award in 1966.

The Literature to Life project continues to this day (https://literaturetolife.org). The records of The American Place Theatre are held by the Billy Rose Theatre Division, New York Public Library for the Performing Arts.

No memorial is planned yet.  Handman's family expects to have a large celebration of his life "when we can all assemble again." In lieu of flowers, contributions are encouraged to three nonprofits:
1. The Film Forum for its production of "It Takes a Lunatic" (go to https://my.filmforum.org/donate/i/21, drop down the menu, go to H to P and scroll to Billy Lyons/The American Place Theatre Documentary)
2. The American Place Theater and its Literature to Life program (https://pentacle.formstack.com/forms/fia_19_donation_form)
3. The Actors Fund to support theater people affected by Covid-19 (https://donate.broadwaycares.org/campaign/covid-19-emergency-assistance-fund/c276873).

2020 VintAge Awards honor Martha Richards: Founder...
The Tank 2020 Virtual Gala Tix from $30 – jo...
Virtual Children’s Musical Written to be Re...
The Off Broadway Alliance Announces Dates for the ...