November 28, 2017
Theater Feature
New York
Christy Altomare
Interview: Christy Altomare on the Importance of Arts Education and Why Kindness Matters More Than Ever 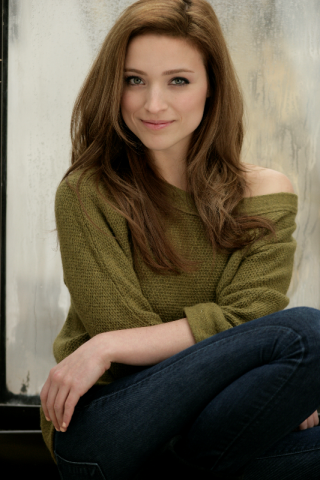 The luminous Christy Altomare will join Broadway legend Chita Rivera for  “An Evening of Song to benefit The Art Attack Foundation” featuring the artists of Yellow Sound Label including Jessie Mueller, Chris McCarrell and Anika Larsen. The one-night-only event will include beloved songs from Broadway, pop and original compositions, and will serve as a fundraiser for The Art Attack Foundation, which seeks to inspire community members to contribute towards arts education. Altomare received a Drama Desk nomination earlier this year for her wondrous work in Anastasia, which just announced a new block of tickets on sale through 2019, and continues being one of the most exciting stars in the industry. She recently captivated audiences across the country during her performance in the Macy’s Thanksgiving Parade, where joined by the company of Anastasia, she gave TV viewers a little taste of the magic awaiting for them at the Broadhurst Theatre.

We spoke to Altomare about the importance of arts education, the lessons she learned in school, and the advice she has for young performers who want to make it in the industry.

How excited are you to get to perform with Chita Rivera?

She is an idol, she’s among the greatest Broadway performers of our time. I actually got to see Chita Rivera in Chicago in London many years ago, and then she came to see me - she probably didn’t even realize it - but I was in the company of Spring Awakening in San Francisco and after the show she came to say hello to all of us backstage. She didn’t have to do that, but she encouraged us which was so nice of her.

Why is it important for you to use your voice to help raise awareness and funds for The Art Attack Foundation?

I was very lucky growing up, I had two incredibly encouraging parents, and I don’t think all kids have that, or maybe they don’t have the means to help them accomplish their dreams. The Art Attack Foundation is an incredible charity because it helps fund scholarships in all areas of the performing arts. I got my BFA in Musical Theatre at the University of Cincinnati – College-Conservatory of Music, and I found that education so valuable and helpful entering the world of musical theatre. Arts are important for our society, Broadway shines a light on humanity, it helps us find the commonality between all of us, which is so important, especially in these crazy times we’re going through.

Is there one lesson you learned in school that you still hold close to your heart today?

If I learned anything in college it was work ethics. I know this isn’t a very sentimental thing to say, but people who go into the performing arts have a passion for it, and many of those who succeed have a natural ability, but that gift will only take you so far. In the end you find that work ethic and the amount of hours you work and rehearse are what can take you to the next level of freedom onstage. In college I learned how hard I had to work to feel that kind of confidence onstage. Not everyone needs to go to college, or that kind of lessons, but for me it was so beneficial. Scholarships like the ones provided by The Art Attack Foundation are great, I wish more high schools would invest in theatre workshops.

As you become a mentor figure for young girls who want to go into show business, what advice do you usually give them?

I always tell young performers that the most important thing is their heart and loving themselves. The more you look within your heart and the more you become involved in the work of the craft, the more self worth you will feel. You will have the inner strength and that kindness will reverberate throughout. When you’re strong enough to love yourself, you can love others. This industry is so small and if you’re kind to everyone, you’re always where you’re supposed to be.

This is going to be your first December singing “Once Upon a December.”

I knoooooooow! I have been waiting for this moment for so long, you have no idea how excited I am to sing this in actual December.

Knowing Anya so well by now, what would you say the character has taught you about yourself?

This entire experience has taught me that I’m capable of anything, in a way I never realized before. For a very long time, when I learned I’d do the Broadway show all I could do was conceptualize it, but then after it all comes to pass you can look back and feel a sense of pride in the fact that your dreams can come true. It’s not just a fairy tale.

What did you ask Santa for this year?

I feel I’m already so incredibly blessed, if I were to ask Santa for anything I’d ask for peace on earth. I know that’s so cheesy, but it’s what I wish for all of us: peace and health.

My grandmother makes an incredible pumpkin pie, my mom makes a great pecan pie, and my aunt makes the best cookies on the face of the planet. All the women in my family make the best desserts and I’m just the lucky recipient who gets to eat them all (laughs).

You know how much I love Anastasia, but I also want to see you do Sondheim sometime! Which of his characters are on your bucket list?

Oh my gosh, I would wanna play every role in a Stephen Sondheim show! If I got the opportunity to be in one of his shows I’d play anything, maybe someone from Into the Woods, the Baker’s Wife or Cinderella. In Sweeney Todd I’d love to play Mrs. Lovett later on in my career. It would be such a dream role. I’d also love to be in Company  and also Squeaky in Assassins.

For more on “An Evening of Song Benefitting the Art Attack Foundation” click here.