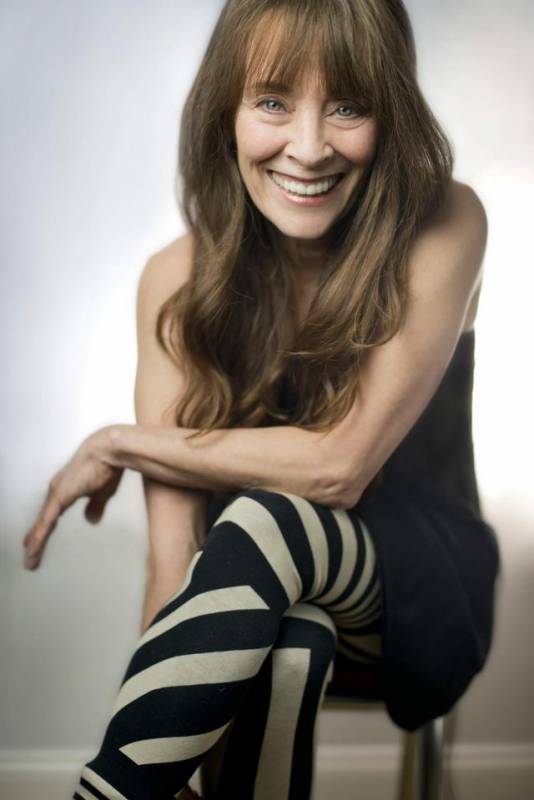 We had the opportunity to talk to Gay Marshall about her participation in, Piaf: A Centennial Celebration, an upcoming Edith Piaf tribute at The Town Hall. Besides her musical theatre credits, like Cats and A Chorus Line, Marshall is perhaps the world’s ultimate expert in all things Piaf. She’s recorded many of her songs, translated some of her classics into English, and even wrote a one woman show about her called La Vie l’Amour. Ms. Marshall shared stories about how she first discovered the iconic French singer, shared some knowledge about her life in two different cultures, and commented on the qualities that make Piaf such an important artist.

You read about Piaf before you even heard her music. How did this affect your own interpretation of her songs?

It was so bizarre, because it was really just out of curiosity that I picked up a book and then it became the center of my life. I was blown away by the stories behind the songs, but even before then, the story of her life and she had risen from being born on the streets, to being the most famous singer that France has ever given the world. I had just finished theatre school in England, and was headed for a rep company or plays, but I was so impressed by her that I had to find more. When I heard the songs, I knew I had to sing them. She taught me how to sing too. When I used to sing at home, my sisters would howl like wolves (laughs), I was so mad though, because I went around asking people “did you know about Edith Piaf?”, when they said yes, I wanted to smack them.

You must also be very protective of her music. Knowing so much about her life, when you hear people doing strange stuff with her songs must be terrible.

Yeah, that does kinda get me (laughs), I think that because I’m mostly an actor, words mean a lot to me, so if somebody sings something upbeat and jolly, that’s kind of a depressing song, I don’t get their motivation.

In Piaf: Queen of Heart, you showcased her joy and sense of humor. Was this the reason?

Exactly, it’s also what bothers me about the way she’s represented, people always go for “the queen of tragedy”, people seem to take some comfort in admiring her talent and being grateful they were not her (laughs).

I think that as tragic as her life was, she also was a testament to how far you can get by practicing and developing your voice.

I don’t think she looked at it like that until she was on the map. What impresses me the most about her early life is she had something none of us will ever know: total freedom. At the same time as she was prevented from having a family life that gave her points of reference, she had a life that is totally original. At 15 she was renting hotel rooms for the half day and singing for people who needed it, so if people were in the courtyard, she had to be loud. You couldn’t have that voice from a class. There’s survival, joy, desperation, so many layers of need and satisfaction at the same time.

Do you think that people who believe voices like her only come from having hard lives, keep from trying to develop their own voices?

That’s an interesting point! I don’t want to give into the tragic Piaf, but yes, I think that has a lot to do with it. Imagine being a kid, and the adults you have in your life are dragging you from bar to bar. The lives that she observed there were lives on the edge, poor people, hookers, criminals, men in uniform - she really had a thing for them when she was growing up - so on some level, I think she absorbed compassion for what people went through in the real world and how they managed it with humor, drink, drugs...her dad was an acrobat so she also saw dedication and devotion to a kind of excellence. 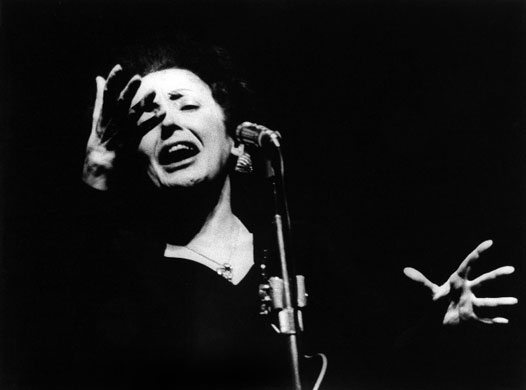 You fell in love with a record of Piaf and it makes me slightly jealous because now we’re often denied the opportunity to travel with music. We have singles and downloads and the art of the album seems to have vanished, which is why I also admire that your records try to preserve this as well.

It’s so great that you feel that way! I’m so grateful about the way I took the journey with her, because there was something quite magical for instance, about sending a letter to a publishing company in a foreign country, and actually getting sheet music in the mail, with a bill attached to it, trusting me to pay them $4 for this music! I was a stranger and they trusted me! Everything about it had so many rich levels that made it extraordinary.

This is a very cliché question, but have you given thought to making a play or film about your own experience discovering Piaf?

Oh yes, you don’t know. I’ve written and updated a Piaf show for the theatre and I would really like to get that on. The most daunting aspect of making a show like that is making it less than 72 hours long, it would have to be a miniseries, Nicholas Nickleby...and then some! The things they’ve made about her don’t celebrate her talent as an actress, because all of those songs are little movies. You get someone’s entire life span in three minutes. She knew heartbreak, love, anticipation and frustration without thinking about them.

Edith Piaf had many things in common with Judy Garland, both of whom are gay icons. What about someone like Piaf do you think connects to gay men in such a unique way?

I think there is total acceptance of other people in these women. They had immense humanity and compassion, they were not afraid to expose themselves completely. I was watching Judy Garland the other day on YouTube, and there is such a fragility to her, that you feel you understand her; and therefore that she might understand you.

You’ve spent your life as an unofficial ambassador in France…

...and considering how there always seems to be a cultural battle between France and America, what would you say are the biggest misconceptions one has of the other?

Well, I had a very rough time when I moved to France, because I sorta never grew up and have this thing that French people seem to hate which is a naivete and un-sophistication in a spontaneous situation. I have to say that there is so much more to be appreciated than criticized though, perhaps going into any new culture, as long as said cultures don’t suppress others. The French have an endearing arrogance, which is perhaps what every American who buys a self-help book want to achieve. There is authority, everyone has pride about who they are and they don’t see it that way. I grew to appreciate this confidence, but don’t always want to be around it. I loved living in Paris, but I love living in New York now.

What’s not to love about this city?

I’m hoping to do a show about Piaf in New York, because she came to The Versailles - which was a nightclub in the 50s here, both in years and streetwise -  and did some shows. I’ve translated many of her songs, and one of the most challenging prospects is trying to find the feeling and the sense without sacrificing either one.

For tickets to Piaf: A Centennial Celebration click here.